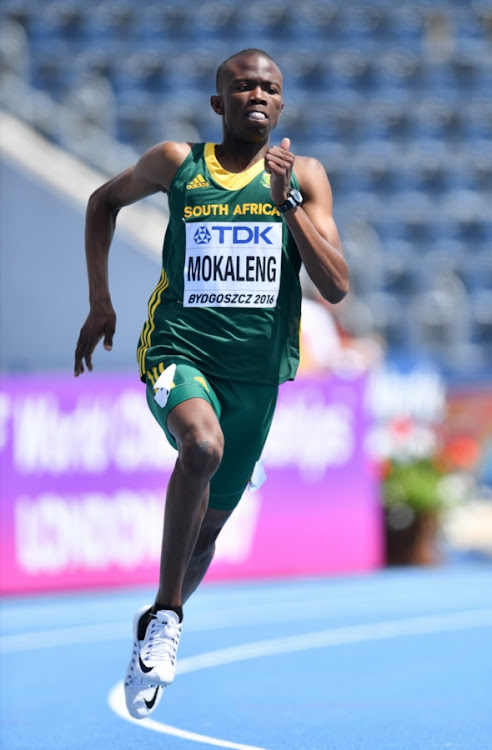 US-based student Derrick Mokaleng has gate-crashed the party of South African record-breakers‚ posting a 400m time that would have taken bronze at two of the past three world indoor championships.

Mokaleng won his contest in the Texas Tech Shootout in Lubbock in 45.76sec on Friday to improve on the 46.25 mark he had run at Albuquerque last month.

With Dominique Scott breaking her SA indoor 1500m record in Boston on Saturday night — her second national mark in a week — no fewer than seven SA bests have fallen since January 20.

Ncincilili Titi‚ a member of the SA team at the 2014 Commonwealth Games team who also trains in America‚ started the run in January when he went 20.45 in the 200m.

Luvo Manyonga and Carina Horn did it in the men’s long jump and women’s 60m in Europe during the week.

All of them have represented SA at senior level except for Mokaleng‚ a national under-20 athlete whose latest effort makes him a potential medal contender for the 2018 world indoor championships in Birmingham next month.

His time ranks him eighth in the world so far this season — the same as Scott in the women’s 1500m.

A student at Texas Christian University‚ Mokaleng will have to wait to see if he is selected for the SA team.

He was not named in the provisional squad of eight‚ featuring Manyonga‚ Horn and Scott as well as long-jumpers Ruswahl Samaai and Zarck Visser‚ Orazio Cremona (shot put) and Henricho Bruintjies and Emile Erasmus (both 60m).

Manyonga is the world’s No1 in the long jump and Horn is fifth in the women’s 60m. Titi is third in the 200m‚ but that is not on the world championship programme.

Scott finished fourth in 4min 07.25sec at the grand prix meet on Saturday‚ taking nearly three seconds off the 4:10.90 she’d clocked during a mile race in New York last year.

Dawit Seyaum of Ethiopia won in 4:04.38‚ ahead of Jamaican Aisha Praught (4:04.95) and another Ethiopian Gudaf Tsegay‚ a bronze medallist at the last world indoor championships in 2016 who went 4:05.91 on Saturday night.

South African athletics champions Thabang Mosiako and Rantso Mokopane were assaulted in an apparently racial motivated attack said to have been ...
News
4 years ago

Sports minister Thulas Nxesi dropped everything to rush to meet Usain Bolt in Johannesburg on Monday — he must have been in such a hurry he ...
Sport
4 years ago