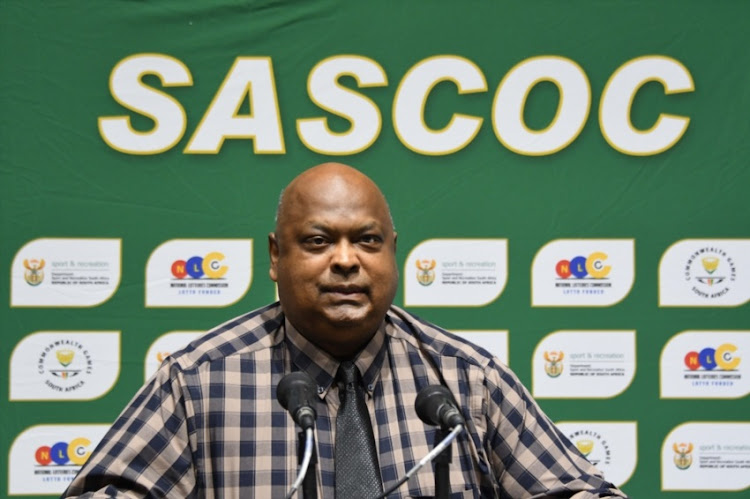 Tubby Reddy‚ the former CEO of the SA Sports Confederation and Olympic Committee (Sascoc)‚ has been accused of interfering in Athletics SA (ASA)‚ attempting to influence the outcome of an inquiry and dishonesty.

These charges were made by two sports administrators at the inquiry into Sascoc governance issues in Johannesburg on Monday.

Former ASA president James Evans‚ who came in as president in 2010 after the federation had spent several months under Sascoc administration‚ alleged Sascoc and Reddy had agitated to remove him directly and indirectly before he was finally voted out in 2014.

Former Mind Sports SA president Colin Webster said he had been on Sascoc’s legal and arbitration commission which had investigated the case involving ASA’s treatment of Caster Semenya in 2009.

“One of my greatest concerns was that while we were sitting‚ hearing the case of Caster Semenya‚ Tubby Reddy actually even called me into his office and said ‘you do know how we want you to rule?’ at which I told him very bluntly that that was quite improper and that the commission would in fact rule the way it felt‚” said Webster.

Evans said his first fall-out with Sascoc came in late 2010 or early 2011 after he asked Sascoc president Gideon Sam for handover documents because they had received none from the Sascoc administrator‚ Ray Mali.

The response came from former CEO Reddy in the form of “a vicious letter in which he made a lot of [unsubstantiated] accusations against me”.

Evans said ASA got into financial difficulties in 2012 and in early 2013 they asked Sascoc for bridging finance and assistance.

Instead an attempt was made to impeach him with Sascoc talking to some ASA board members.

The ASA finance manager submitted an affidavit to them making allegations against Evans‚ and those members wrote to ASA vice president Hendrick Ramaala asking for a special general meeting (SGM).

“Interestingly enough all of them wrote an identical letter that clearly had been drafted by somebody for them.

“Subsequently we found emails on the ASA server where the affidavit that had been sent to the finance manager had come from Sascoc and it had been drafted by Mr Siven Samuel‚ an attorney who did work for Sascoc.”

After the impeachment failed Sascoc put ASA under administration‚ and the first payment made on behalf of the federation was to clear a debt of more than R2-million to sports marketing company Accelerate‚ the chairman of which was Sam.

This was despite a repayment plan having already been agreed upon‚ said Evans. “It was very suspicious that the very first payment that was made was to Accelerate.”

Sascoc withdrew after the IAAF had told them to back off‚ threatening to suspend ASA if they didn’t.

“Reddy had a meeting with IAAF and came back and said that it was a great meeting and the IAAF endorses them … the IAAF took exception to that.”

Sascoc withdrew‚ once again without a handover.

Evans said an IAAF official had told Sascoc that “they will not allow any kind of interference with elected people … only if there’s a revolt from the members”.

Evans said Reddy‚ after being told that‚ had informed Boland Athletics “and they called certain people into a meeting in Paarl and there was a concerted attack to start a rebellion within athletics”.

“We asked them why‚ they couldn’t give us an answer‚ they just said you’re suspended.”

ASA became paralysed because of infighting on the board.

“The suspicion has always been that they stepped in because they favoured certain people being the leadership of ASA‚” said Evans.

Aleck Skhosana and Harold Adams‚ who were voted in as ASA president and vice-president‚ have both sat on the Lotto sports distribution agency since 2012.

“And it’s amazing‚ since 2014 the taps have opened to athletics again‚” said Evans.

Reddy‚ who was fired this year on various offences‚ is expected to testify through his lawyer next week.

A veteran sports administrator yesterday said some SA Sports Confederation and Olympic Committee (Sascoc) board members had failed in their duties by ...
Sport
3 years ago

Cash-strapped SA Sports Confederation and Olympic Committee (Sascoc) board members will not make the trip to the Commonwealth Games in Australia in ...
Sport
3 years ago