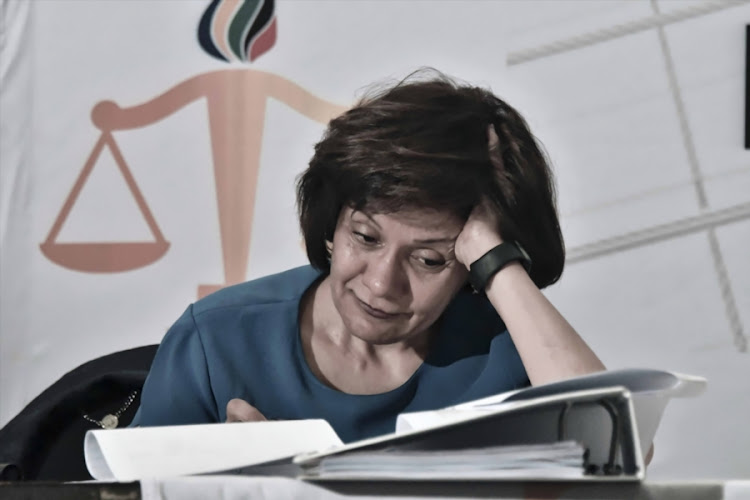 SA Sports Confederation and Olympic Committee (Sascoc) board member Les Williams says he met an investigator from a company that has been widely believed to be fictitious up to now.

A disciplinary hearing into CEO Tubby Reddy‚ CFO Vinesh Maharaj and manager Jean Kelly last year found that a so-called SS Griffin report‚ which found evidence of bugging at Sascoc offices among things‚ had been worked on on Kelly’s laptop and that Reddy had authored large tracts of it.

The trio were fired.

Retired judge Ralph Zulman‚ who is heading the ministerial committee of inquiry into Sascoc governance matters‚ raised the disciplinary hearing with Williams on Tuesday.

“I understand there’s been some mystery about Griffin‚ whether it exists or not‚ is that right‚ is there such a thing?”

Williams responded that “purely by chance” he was at Sascoc one day standing outside having a cigarette.

“Two gentlemen were standing there. I introduced myself … the one was Mr Liam Evans‚ the other one was Captain Vinny Labuschagne and … Evans informed me what he was doing there and that he had located there were various objects and he was removing them at the time.

“Subsequent to that it’s come to my notice that a case has in fact been opened‚ the case number is Norwood 355/6/7 and in fact a person was charged and is currently out on a sum of R30‚000 bail.”

Asked for clarity after giving evidence if Evans was from SS Griffin‚ Williams said he believed so.

Another witness‚ the husband of a Sascoc employee who alleged sexual harassment that contributed to the dismissal of Reddy‚ said Volleyball SA — of which Reddy is now an honorary life president — had contributed financially towards the payment of the SS Griffin report.

“Paid to the so-called SS Griffin‚ an amount of R171‚850‚” said the witness‚ also a board member of Volleyball SA.

“The way it is listed in the financial statement we are automatically drawn into it … however‚ we were never consulted.

“It was a group of individuals who made the decision because despite the gross misconduct and them being dismissed they still serve on the committee.”

The witness also accused Sascoc deputy president Hajera Kajee of lying to the committee in her testimony on Monday — the same accusation made by Sascoc vice president Barry Hendricks.

Kajee had said she had first heard of the sexual harassment charge against Reddy from president Gideon Sam‚ but Hendricks said later on Monday that she had told him that she had been informed by the victim herself.

“I want to state categorically that I was in the presence of my wife [when she informed Kajee] — and I’ll never forget the day because the 25th of January is my birthday — the fact [is] that she lied under oath.”

He said Kajee had ended the conversation telling his wife that she shouldn’t “kick a man when he’s down”.

Kajee had testified the conversation that ended in this manner was about the alleged sexual harassment victim’s concern over lack of money allocation to her coaching programme.

Former Sascoc legal adviser Raymond Hack‚ who believes his services were terminated because he was deemed too close to Reddy‚ suggested the split on the Sascoc board‚ with president Gideon Sam on one side and Reddy on the other‚ can be traced back to the implementation of the coaches’ commission.

The question of the eligibility of nominees at the last Sascoc elections in 2016 came up again on Tuesday.

Two opinions by senior counsel had said that the Sascoc constitution allowed only members of national sports federations to stand‚ and not members from associate members and provincial sports confederations.

The board and then the council agreed to go ahead with the election with all the nominees‚ and two of the “ineligible” candidates‚ Hendricks and Kobus Marais were elected.

Labour lawyer Shamima Gaibie‚ one of the committee members‚ has told various witnesses‚ including Hack‚ she believes Sascoc’s council waiving the constitutional restriction — if that were the correct interpretation — effectively legitimized the council.

Williams and others who believe the election was illegal have argued that the board should be dissolved and fresh elections held.

In this scenario all board decisions would also be scrapped‚ including the disciplinary findings against the dismissed trio.

SA Sports Confederation and Olympic Committee (Sascoc) board members have spent less than 10% of their time discussing sports issues in recent times‚ ...
Sport
3 years ago

The potentially explosive ministerial committee of inquiry into the FNB Stadium stampede last year has been postponed indefinitely.
Sport
3 years ago

Two SA Sports Confederation and Olympic Committee (Sascoc) board members on Wednesday described how the body's executive was split into two factions.
Sport
3 years ago
Next Article