Jobodwana must wait to see newborn son after beating Gatlin 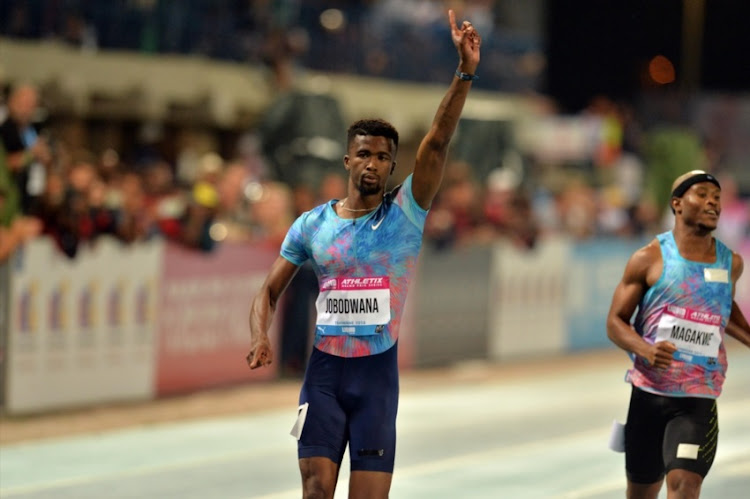 South African sprinter Anaso Jobodwana is unlikely to see his newborn son‚ Zolani-Parker Dwaine Jobodwana‚ until after the Commonwealth Games in Australia next month.

Zolani was born on Wednesday in Phoenix‚ Arizona in the US as Jobodwana prepared to race against Justin Gatlin in the 150m race at the Athletix Grand Prix event at Tuks Stadium on Thursday night where he won in time of 15.08 seconds.

“I am not too sure at the moment when I am going to see my son because there is just a lot happening right now‚” Jobodwana said.

“The birth of my child is still to sink in because I am not there to hold him but I was able to watch the whole process on FaceTime.

“I saw all the pushing and pain that my wife went through but he is with her whole family and it was really special to see him being fed for the first time.”

Jobodwana said beating Gatlin will give him confidence as he faces a career-defining season.

“I was joking with my wife on the morning of the race that this baby wanted to come early so that he can watch me beat Justin Gatlin. The win will give me a lot of confidence because beating someone like Justin is huge in front of my home crowd‚” he said.

The other star performer on the night was Caster Semenya‚ who smashed the South African 1 000m record that stood for 35 years in 2min 35.43sec.

“We can only go faster but the main focus is the South African Championships next week and the Commonwealth Games next month‚” she said.

“The most important thing now is to stay healthy and I will sit down with the management to listen to the advice they will give me.”

Sprint star Akani Simbine‚ who raced to victory in the 100m in time of 10.05‚ said he was happy with his outing of the season.

“It was just about finishing the race and I am really happy with where I am at the moment and confident for the rest of the season‚” he said.

“Every race is part of preparation for the South African Championships next week and the Commonwealth Games next month.”