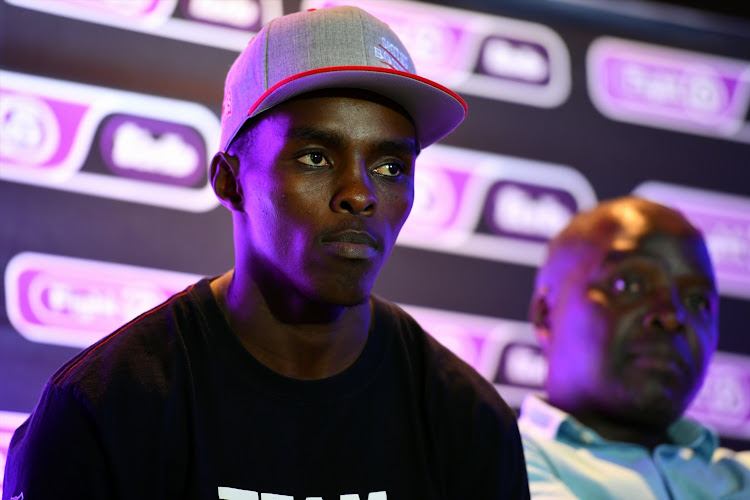 Xolisani "Nomeva" Ndongeni was duly crowned the new WBF lightweight champion on Friday night‚ as he promised during the week that he would deliver the goods in his bout that topped TLB Boxing promotion's maiden tourney at Time Square Arena in Menlyn‚ Pretoria.

The Johannesburg-based boxer from Duncan Village‚ who was making his debut under new trainer Peter Smith‚ achieved that task via a hard fought unanimous points decision after 12 closely contested rounds against Namibian Abraham Ndaendapo in front of a big crowd.

Ndongeni remained undefeated as he registered his 24th win from as many boxing matches.

His victory against Ndaendapo‚ who suffered his sixth loss against 16 wins‚ enabled Ndongeni to add his name in the long list of local boxer who won two world titles in two weight divisions.

That list includes International Hall of Fame Inductee Brian "The Road Warrior" Mitchell who held the WBA and IBF junior lightweight belts until he retired undefeated in 1995.

He previously held the IBO title which he vacated after being promised bigger things by his previous handlers who were eyeing the WBA title because at that time Ndongeni was rated in the top 5 of that organisation's lightweight division.

But Ndongeni‚ who did not get action internationally‚ eventually lost that top rating.

He ended up parting ways with trainer Colin Nathan whose boxers are promoted by Golden Gloves which organised Ndongeni a fight in America where the right handed boxer beat Juan Garcia Mendez on points over 10 rounds on November 4 2016.

Ndongeni spent over a year without a fight‚ and it was then that he left Nathan and Golden Gloves.

He re-joined Mzamo Njekanye‚ and was offered a bout at East London's Orient Theatre by Mecca Boxing promotion against Yohane Banda who lasted only three rounds on December 10 last year.

Ndongeni was flown to America where he teamed up with trainer Lui Tapia who could not get him even a single fight until the boxer returned home to reunite with Njekanye.

But it was not long before Ndongeni relocated to Johannesburg where he joined Smith who guided him to a win against Ndaendapo on Friday night.

Earlier on Xolani "Tiger" Mcotheli from Mdantsane retained his SA junior welterweight title with a sixth round stoppage of bloodied Warren "The Warrior" Joubert whose big cut on the side of his head spoiled what was becoming an enthralling fight. A river of blood flowing right down the former champion's left eye made it impossible for the Gauteng based challenger to focus on the job at hand‚ and referee Simon Mokadi intervened.

The hard fought bout was close but two judges scored it 98-92 for the defending champion while their colleague scored it a draw.