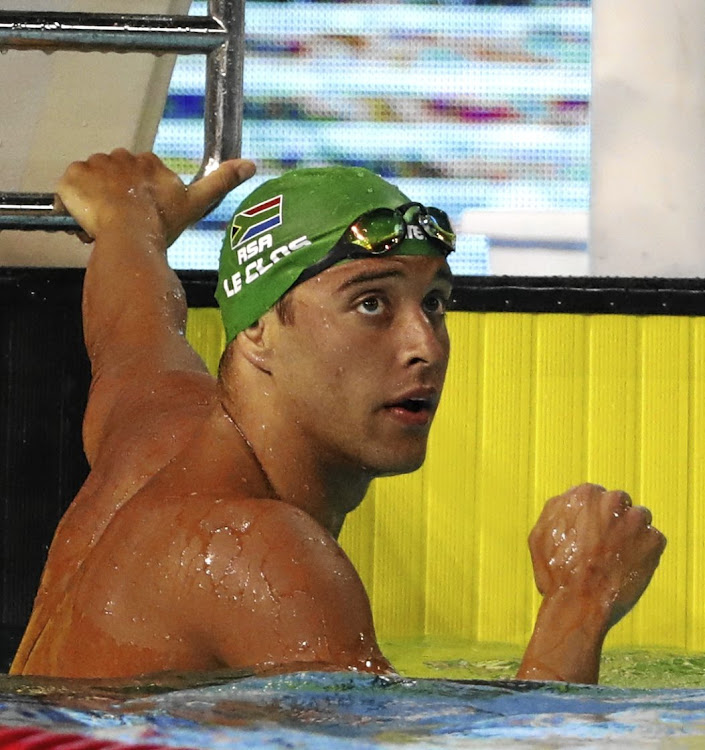 Chad Le Clos will compete for a 17th career Commonwealth Games medal after his teammates progressed past the 4x100m medley relay heats on Tuesday.

Caster Semenya and Antonio Alkana will be looking for more silverware on the athletics track in the women’s 1500m and men’s 110m hurdles in the evening. And Brad Tandy has a shot in the men’s 50m freestyle dash.

Le Clos was given the chance to add one more gong to his tally by the nation’s second-string relay team. Martin Binedell‚ Michael Houlie‚ Ryan Coetzee and Calvyn Justus clocked 3min 42.44sec‚ the sixth-best time of the heats. That’s more than 10 seconds off the 3:31.53 SA record from 2009‚ but it’s job done in Gold Coast.

Le Clos and Cameron van der Burgh will strengthen the line-up for the final swimming race of the Commonwealth Games gala; four years ago SA won bronze in 3:34.47.

A medal will leave Le Clos one short of the all-time Games haul of 18‚ shared by two shooters.

Long jumpers Luvo Manyonga and Ruswahl Samaai advanced to Wednesday’s final without drama‚ both clearing the 7.90m automatic qualification mark on their first attempt. Manyonga went 7.91 and Samaai 8.06. But they may face some competition from Australian Henry Frayne‚ who unleashed an 8.34m Games record. Ifeanyi Otuonye was the only other man in the field to clear 8m.

Wenda Nel qualified for the 400m hurdles final‚ but LJ van Zyl and Constant Pretorius were unable to get beyond the heats.