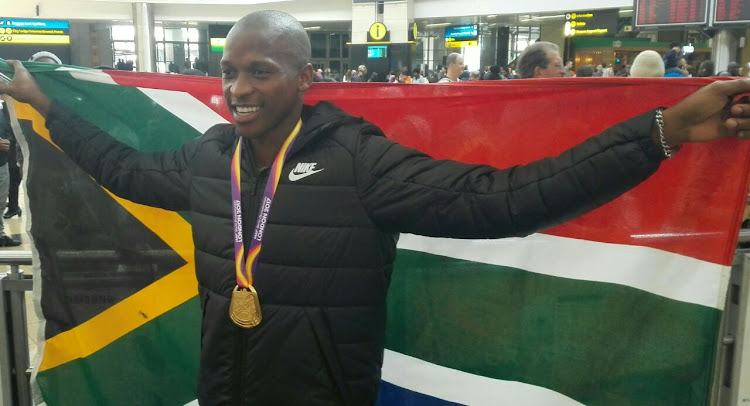 Also high on his agenda in this campaign‚ which includes the Diamond League series starting in earnest next week Friday in Doha‚ is to improve the outdoor personal best of 8.65m he achieved in Potchefstroom last year.

“My outdoor programme looks hectic but I am going to take each meet as it comes‚" he said.

"I have more than 14 competitions that I am going to take part in this year‚ which is a lot‚ but I will try and remain focused.

“I am unbeaten in outdoor competitions since last season‚ so I am looking forward to maintaining that record and also break my personal best‚” he said‚ pointing out that little known Cuban teenager Juan Miguel Echevarria will be one of his biggest competitors this season.

“This season is going to be hectic and there is a guy from Cuba (Echevarria) who looks to have a lot of potential.

"He is capable of getting close to my personal best and I see him as a close competitor and he performed well during the indoors earlier this year.”

Echevarria stunned Manyonga during the IAAF World Indoor Championships in Birmingham last month by winning gold with the South African settling for silver.

“This is my step up from the indoors and Commonwealth Games.

"My indoor season was not that good because I got a silver medal and it was not what I expected.

"But it was not the end of the world‚ the season continues‚ I have to continue where I left last season where I was unbeaten outdoors.

"I am looking forward to the next competition.”

During the season‚ Manyonga will have his national team-mate Ruswahl Samaai to contend with and he said they have healthy competition and motivate each other.

“He has done very well for himself and the country‚" he said.

"We always get first and second or first and third place finishes and we give each other motivation all the time.

"After the Commonwealth Games‚ we said that until the end of our careers we must try to get two medals in events that we participate together.”

Luvo Manyonga delivered when it mattered most in Gold Coast on Wednesday night — under pressure and staring the spectre of defeat straight in the ...
Sport
4 years ago

World long jump champion Luvo Manyonga is doubtful for the third and final leg of the Athletix Grand Prix at the Dal Josaphat Stadium in Paarl on ...
Sport
4 years ago

Chad Le Clos will compete for a 17th career Commonwealth Games medal after his teammates progressed past the 4x100m medley relay heats on Tuesday.
Sport
4 years ago