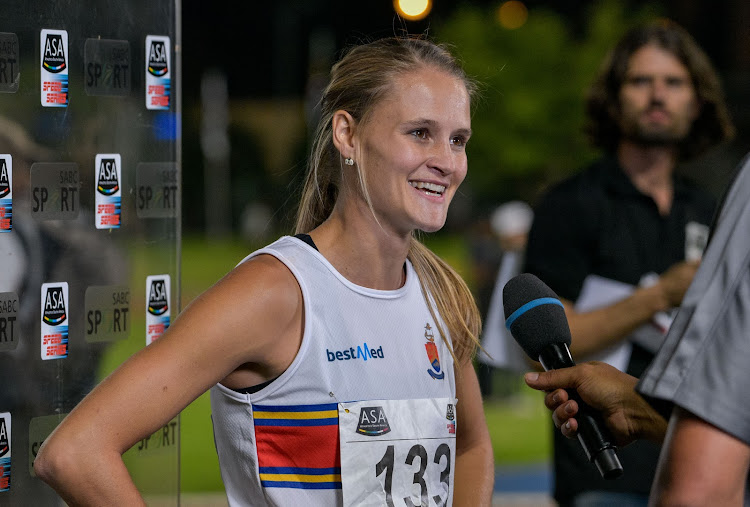 University of Pretoria student Rikenette Steenkamp is the new owner of the South African 100m hurdles record which has stood for 20 years.
Image: Frikkie Kapp/BackpagePix

“To at long last break Corien Botha’s record was amazing‚” Steenkamp said in a press release issued by Tuks Sport.

“I have dreamt doing so for the previous seven years. What excites me is that it was not the perfect race.

“My technique going over the first four hurdles was possibly the best I have ever done. But I was coming so fast onto the hurdles that it led to me losing a bit of rhythm.

"Then I hit the sixth hurdle — I can’t remember when last that happened.”

She went 12.99 in Ostrava and then hit 12.92‚ only to be denied the SA record by illegal wind assistance of 2.1 metres per second.

The legal limit is 2mps.

Then her 2017 season ended prematurely when she got injured in mid-July.

Steenkamp was one of 10 South Africans in action at the Josef Odlozil Memorial meet.