Double Commonwealth Games gold medalist and the fastest man to have completed a 10km run on South African soul‚ Uganda’s Joshua Cheptegei‚ will pound the streets of Durban on October 14.

Cheptegei will be competing in the second annual FNB Durban 10K CITYSURFRUN.

In the inaugural race in 2017‚ Cheptegei ran the fastest time ever on South African soil over the 10km‚ clocking 27:28.

It broke the previous all-comers record of 27:55 set by Kenya’s Andrew Limo in Port Elizabeth in 2009.

Not only will he be hoping to retain his title‚ but the FNB 10km is an important race for Cheptegei as he continues his recovery from a knee injury.

He ran through the injury at the Commonwealth Games earlier this year‚ and still won both the 5‚000m and 10‚000m races.

But those runs put him out for most of the athletics season.

“I picked up a knee injury just before I came to South Africa for the Liquid Telecom Athletix Grand Prix Meeting in March while preparing for the Commonwealth Games‚" said Cheptegei.

"Winning both the 5‚000m and 10‚000m was very important for me as representing my country means a lot to me.

“But it did mean that I had to sit out the rest of the track season as we did not want to make the injury worse.” 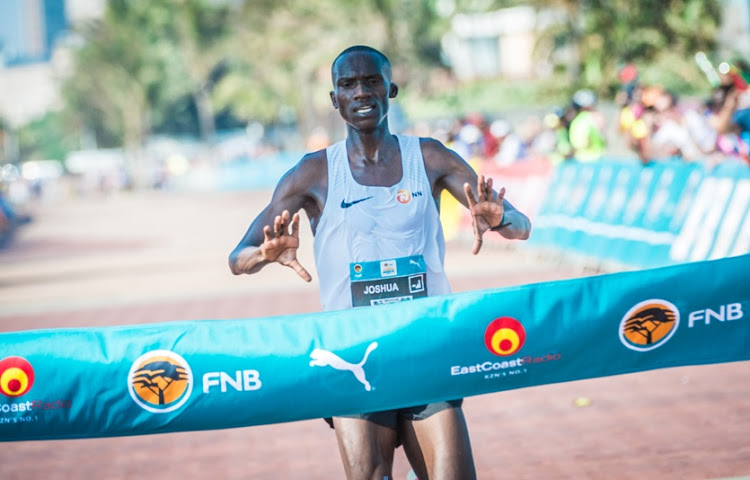 Now fully healed - according to his agent‚ Jurrie van der Velden of Global Sports Communication - Cheptegei is ready not just for Durban but also has “big plans” in the build-up to the 2020 Olympics in Tokyo, Japan.

Those plans begin with defending the title he won in Durban last year.

“I have been away from racing for far too long and cannot wait to run in Durban.

"I want to keep my title and believe I can run a really fast time in Durban‚ now that I know the route. South Africa has been a happy hunting ground for me in my last two visits‚” said Cheptegei.

“My training has been good. The injury is now healed.

"I know the route. I know the conditions and am expecting a good race.

"My time from last year is in danger as I want to go around 27:20 or better‚ so over the next six weeks I will be sharpening up for Durban‚” he said.

WATCH | ‘Too fast? Too bad’ - Caster slaps down the haters in new Nike ad

South African running sensation Caster Semenya has taken a shot at her haters as part of the latest Nike advertising campaign.
News
2 years ago

Violet said her partner had inspired her.
TshisaLIVE
2 years ago
Next Article