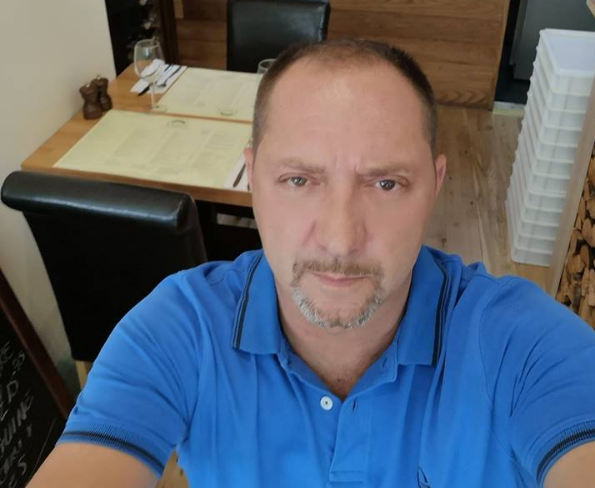 Pay-TV giants SuperSport have distanced themselves from Sasha Martinengo after the former radio presenter was fired from his day job for calling Economic Freedom Fighters (EFF) leader Julius Malema a “monkey”.

The radio host was axed with immediate effect from Hot 91.9 FM on Tuesday after his remarks were perceived by many as racist.

During the breakfast show‚ Martinengo said “and people still listen to this monkey”‚ referring to Malema live on air.

Political formations‚ civil rights organizations and social media users in general welcomed the swift sacking of Martinengo from the Johannesburg-based radio station and called for the same action to be taken by other companies who may have the radio and TV presenter on their payroll.

“Sasha Martinengo is not involved in any capacity with SuperSport.

"He was a freelancer with us and I think it’s about a year now since he parted ways with us‚” SuperSport spokesperson Clinton van der Berg told TimesLIVE on Wednesday.

Martinengo was the face of Formula One on SuperSport as the host of the popular show Absolute F1.

However‚ it was reported in April this year that Martinengo left the show and was replaced by Kriya Gangiah.

But a google search with the name Sasha Martinengo and SuperSport takes you to a supersport.com page with a bio profile of Martinengo.

“That has to be an oversight issue I would imagine because Sasha is not involved with SuperSport anymore‚” said Van der Berg.

“Thanks for alerting me over the google search and I will follow it up with the guys in charge of our website so that the said link of his bio to our page is taken down.”

In a statement confirming his dismissal‚ Hot 91.9 FM managing director Lloyd Madurai said Martinengo made an “immediate and unreserved apology”.

But Martinengo took to his Twitter account following his sacking and said he stood by his words.

I’m sorry if I offended anyone,but I stand by what I said.

Anyone, irrespective of their race, colour, creed , religion, gender who disrespects a woman is a monkey.

The EFF has indicated that they are in a process of opening criminal charges against Martinengo.

The Economic Freedom Fighters in Gauteng will be opening a case against former Hot 91.9 FM presenter Sasha Martinengo at the Douglasdale Police ...
Politics
3 years ago