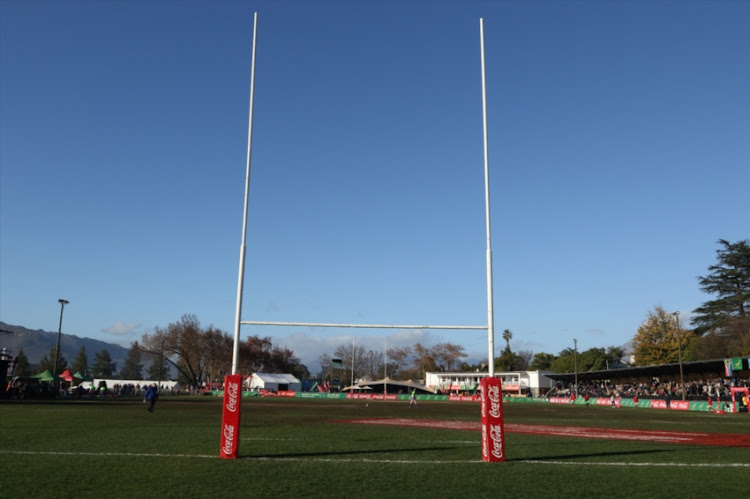 Six players tested positive for anabolic steroids at the 2018 Craven Week‚ according to the SA Institute for Drug-Free Sport (SAIDS).

Chief executive Khalid Galant revealed the worrying statistic at a presentation the organisation’s annual report to parliament this week.

Three schoolboy players were among seven positive doping tests in rugby between April 2017 and March 2018‚ which also revealed 46 adverse findings (positive dope tests) from 1‚659 tests across all sports.

Galant said the number of Anti-Doping Rule Violations (ADRVs) at schoolboy rugby level continues to be “alarming” and expressed concern at “the high tolerance of parents and coaches to doping practices”.

This is based on the 122 tests that were done during the 2018 Craven Week tournament and an alarming six players testing positive‚ all related to anabolic steroids. The corresponding number of positive tests in recent years was three in 2014‚ five in 2015‚ four in 2016 and three in 2017.

Earlier this year Galant wrote to school rugby tournament organisers explaining the SAIDS Clean School Sport Policy‚ in terms of which “anti-doping detection‚ deterrence and prevention strategies will be extended to include in-competition testing at selected school sport events and tournaments”.

“The individual participating schools are encouraged to schedule an anti-doping education session so that the learners‚ coaches and parents are aware of the drug testing process‚ what to expect‚ the dangers of doping‚ the risks of using dietary or sports supplements and the educational resources available to prevent falling foul of anti-doping regulations‚” he wrote.

SA Rugby said it was fully supportive of SAIDS and condemned the use of performance enhancing drugs in the sport.

“There is no place in rugby for cheating‚ which is exactly what the use of banned substances is‚ and we support SAIDS fully in this‚” an SA Rugby spokesperson said.

“The Coca-Cola Youth Weeks is the only time our best young players at school level can be tested.

“We are so committed to stamping out the use of banned substances‚ that we provide funding towards the testing of players at the Youth Weeks‚ as well as educating the players from U16 level.

“They need to know from early in their careers that there is not hiding place when it comes to using banned substances.”

SA Rugby has no jurisdiction over schoolboys outside of national weeks and the onus rests with parents and coaches to police anti-doping.

-A total of 1‚659 athletes were tested during the year.

-A total of 46 anti-doping rule violations (ADRVs) were detected during the period.

-A total of 23 tests were carried out on bodybuilders with 14 ADRVs‚ 11 of which were at one single competition – by far the highest in any single sports code.

-The most tested sports category in 2017-18 was athletics (including long-distance running)‚ with 546 tests and six ADRVs;

-The second-most tested category was a total of 391 tests amongst rugby union players‚ with seven ADRVs – three of which were from schoolboy-level players participating in the 2017 Craven Week Rugby tournament. The names of these players have not been made public as they are minors.

-The overall number of tests were partially restricted in the 2017-18 year after the SA Doping Control Laboratory in Bloemfontein lost its World Anti-Doping Authority (WADA) accreditation. This meant that samples had to be couriered to WADA accredited laboratories overseas at a considerable cost. The laboratory is run entirely independently of SAIDS.

-A total of 126 Anti-Doping Education Events were conducted nationally during this period‚ covering a range of sports codes‚ from school to club‚ provincial and national level.