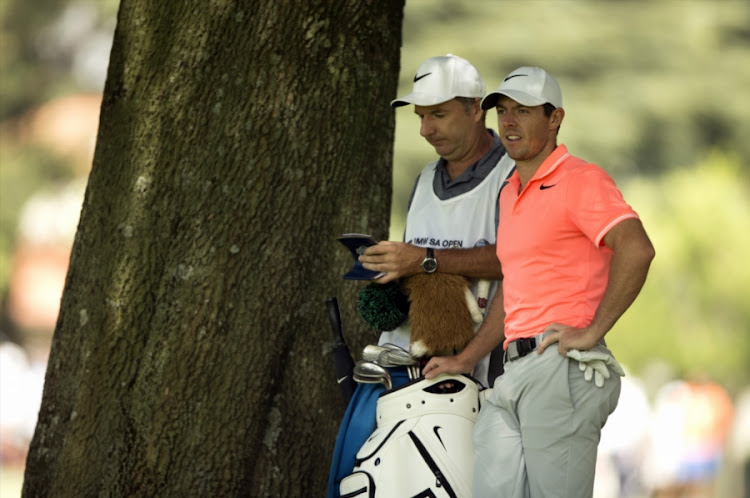 Only six of the world’s top 50 ranked players will this week assemble for the Nedbank Golf Challenge (NGC)‚ with Northern Ireland’s Rory McIlroy by far remaining the tournament’s star attraction.

In fact‚ McIlroy‚ who is ranked sixth‚ is the only player inside the world’s top 20 who will tee up at Sun City‚ while South Africa’s challenge will be headlined by former Open champion Louis Oosthuizen‚ who is 39th.

The NGC‚ which is now a regular fixture on the European Tour and an integral part of the finals series in the Race to Dubai‚ has failed to attract the tour’s heavy hitters.

McIlroy‚ ranked eighth in the Race to Dubai‚ will be joined by China’s ninth-ranked Haotong Li‚ who has to put a soul-destroying playoff loss to Rose in the Turkish Airlines Open behind him.

Li‚ who putted to win the tournament on the first playoff hole on Sunday‚ also missed the short return putt for par to hand the defending champion the trophy and restore the Englishman to the No 1 position in the world.

Thailand’s Kiradech Aphibarnrat (37th) and England’s Matthew Fitzpatrick (44th) will line up next to McIlroy‚ Garcia‚ Li‚ Oosthuizen and Grace as the players ranked in the top 50 in the world.

The other South Africans who will make it to the first tee at the Gary Player Club are Charl Schwartzel‚ Brandon Stone‚ George Coetzee‚ Thomas Aiken‚ Dylan Frittelli‚ Darren Fichardt‚ Dean Burmester and Erik van Rooyen.

Stone disappointed in Turkey‚ but Aiken‚ along with Fichardt and Immelman at the 11th hour‚ cemented their place in the field for the NGC. Despite a stomach bug for which he is still being treated‚ Aiken finished 10th in Turkey.

“It’s been a really emotional week. First I didn’t think I’d be able to play on Thursday and barely got around the course.

“Friday I had that great round and I was playing so well that I thought I could even win this. Saturday I started great but the last nine holes are a blur.

“I pretty much had no energy in the final round and I was shaking so much down the last three holes I could barely swing the club.

“Soli has been a rock‚ especially in the last round. He stayed patient and positive and just kept pushing me to the finish line.”

This week’s Turkish Airlines Open in Antalya will help complete the final pieces of the entry list puzzle for entry into next week’s Nedbank Golf ...
Sport
3 years ago

Tshwane Open could be incorporated into the Asian tour next year

Sunshine Tour executive director Selwyn Nathan has confirmed that they are discussing plans with their Asian counterparts to incorporate the Tshwane ...
Sport
3 years ago