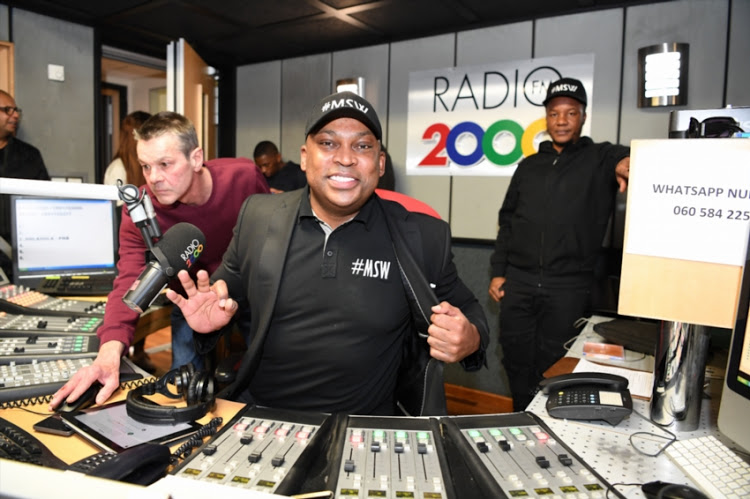 Popular sportscaster Robert Marawa’s radio sports show‚ ‘Marawa Sports Worldwide’‚ was pulled off air by Metro FM on Tuesday on what was supposed be the programme's 100th episode celebration.

Marawa's show is simulcast on both Metro FM and Radio 2000 on week days and the seemingly upset sportscaster took to social media to share his unhappiness after a decision that was apparently communicated just hours before the show was to go on air.

Too tiring to explain!!!

The weekly sports show‚ which explores talking points in local and international sport‚ reached its 100th episode five months since its launch in August this year.

SABC spokesperson Neo Momodu could not confirm to TimesLIVE why Metro FM failed to acknowledge Marawa’s 100th episode of MSW.

"All talk shows‚ including Sports and Current Affairs‚ are on recess in line with the festive season schedule."

Robert Marawa returns to the radio airwaves on August 1 and he is expected to be accompanied by his trusted producer Beverly Maphangwa and the ...
Sport
3 years ago

But Marawa's show was broadcast on both stations on Monday and it was after an email that was sent just after 1pm on Tuesday afternoon that things changed.

An insider said the change to the programming was only communicated after 1pm on Tuesday.

And contrary to Momodu's assertion that the sport show will resume on January 7‚ the email says Marawa will only return on Metro FM on January 14.