Can the Pink Day ODI match the Chiefs vs Pirates derby‚ and Boks vs All Blacks? 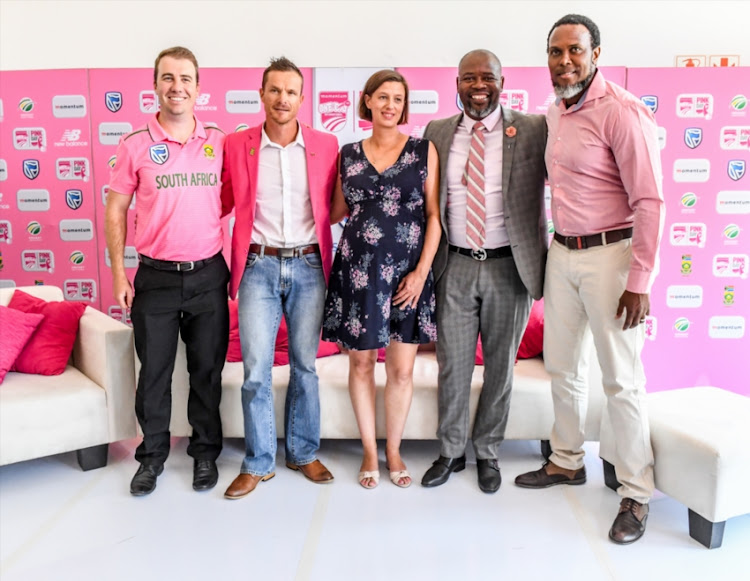 Buoyed by unprecedented interest and growth in the last few years‚ Cricket South Africa (CSA) wants to make a ticket to the Pink Day ODI the hottest in town‚ and perhaps beyond.

This year’s instalment will see South Africa take on Pakistan in the fourth ODI of the five-match series on January 27 at the Wanderers.

Tickets have been selling like hot cakes and are already hard to come by.

That is in part due to the match becoming one of the must-attend events on the Gauteng sporting and social calendar but Clive Eksteen‚ CSA’s commercial manager‚ is thinking even bigger.

“There is quite a good benchmark for us to chase‚" Eksteen said.

"The Durban July‚ the Sun Met‚ the Cape Town Sevens are some great sporting events in South Africa and this is something we want to chase.”

Rugby Tests against the All Blacks at Ellis Park and the Soweto Derby will draw more than three times the 25 000 likely to show up at Pink Day‚ but Eksteen believes a ticket to Pink Day has the potential to become the most sought after in town.

“Joburg tends to enjoy this day."

It has become the to-be-seen-at event in Jozi.

"It’s like a day in the calendar‚" Ekteen said.

"What we can do in cricket is different. We can be unique. I think we are close to attaining that status but there is some work ahead.”

The fact that South Africa whitewashed Pakistan in the three-Test series did not diminish the appetite for tickets.

“Clearly it helps when the team is doing well. To be fair before the last Test we only had three‚ four thousand tickets left for Pink Day‚” explained Eksteen.

It is clearly an event people want to be associated with and there are even rumblings down south the match should alternate between the Wanderers and Newlands.

“There is probably more pressure from other grounds wanting to take the Pink Day to their venues. It is quite an interesting concept.

“It runs away with you. You hear Momentum’s Carel Bosman say they want to raise R5m this year up from R1.7m‚” said Eksteen about the funds raised for the Breast Care Clinic and the Charlotte Maxeke Hospital.

“It is more than cricket. If we can make a difference to any cancer sufferer and person that suffers from breast cancer‚ not just at Charlotte Maxeke Hospital but also in research that can be used outside South Africa‚ then cricket has achieved a helluva lot.”

Former Bafana Bafana star Brian Baloyi’s wife Phungi is a breast cancer survivor and the ex goalkeeper was on hand at the launch of Pink Day on Wednesday.

“She is living proof that early detection is crucial‚” said Baloyi.

“There are a lot of challenges we have in our country but we need greater awareness about some of these diseases.”