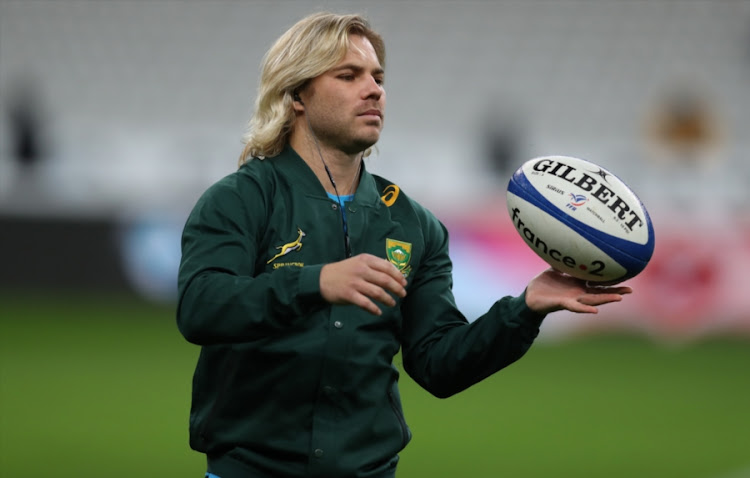 Faf de Klerk has been named in the starting line-up of the Boks.
Image: Steve Haag

It made perfect sense for Springbok coach Erasmus to put all the eggs in the De Klerk basket at the start of the international season.

It nearly backfired towards the end of the season‚ especially when De Klerk had to return to Sale during the end-of-year tour. Embrose Papier and Ivan van Zyl did well under the circumstances but their starting status at the Bulls isn’t confirmed.

This is where the more experienced Schreuder comes into the picture.

Springbok captain Siya Kolisi is the only South African nominated in any category for the 2019 Laureus World Sports Awards‚ which take place in ...
Sport
3 years ago

By being captain‚ Schreuder is almost guaranteed to start if form and fitness allow.

Being a regular starter means Schreuder will give Erasmus a good hour in each game to show what he can contribute in the last 20 minutes of an international.

The jury’s still out on Schreuder as an impact player but the demands on the bench in international rugby are as such‚ substitutes need to be world-class players who can contribute at any stage of the game.

Van Zyl and Papier showed they could adapt to the demands of international rugby but they’ve left their new coach in Pote Human with a serious selectorial headache. They also have to contend with Andre Warner’s significant scrumhalf presence.

Schreuder‚ and by extension‚ his coach Robert du Preez have no such problems and that makes life easier for Erasmus.

Can the Springboks win the 2019 World Cup? With a little luck

The question many South Africans will be asking after a year in which the Springboks took one step forward and one back‚ is if their team can win ...
Sport
3 years ago

After all‚ Super Rugby is probably the best auditioning stage for the World Cup as there’s only four Tests this year for the Boks to get their ducks in a row.

Du Preez thinks very highly of Schreuder as a player and a leader.

“Louis is a great tactician and he has the backing of the players‚ who’ve shown great confidence in him as a leader‚” Du Preez said.

“It’s also about how he works with the players on an individual basis. He knows how to communicate with the different players and he gets the best out of each individual. He also understands and drives our team culture‚ which is so important.”

Whether Erasmus thinks along this same wavelength remains to be seen.

Schreuder may only have one Bok cap to his name but Erasmus still needs proper assurance from those who are battling for the remaining World Cup spots.

It was only the Sharks through Ruan Botha whose Super Rugby captain didn’t cut the Bok mustard. Things could be different this year‚ though‚ especially with the contested nature of the No 9 jersey on the bench.