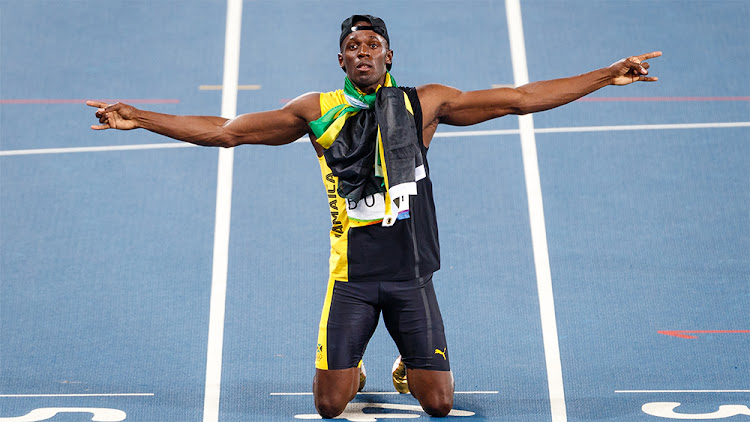 Sprinting great Usain Bolt has told Wayde van Niekerk not to rush his comeback to the world championships this year‚ pointing out the 2020 Olympics is the main prize.

Van Niekerk missed the 2018 season after undergoing surgery to repair a knee he injured while playing touch rugby soon after he had retained his 400m crown at the 2017 world championships in London.

The showpiece in Doha from late September to early October will offer him the chance to win his third consecutive world crown‚ having claimed his first at Beijing 2015.

But Bolt says the Tokyo Games next year is more important for the Olympic 400m champion from Rio 2016.

“I’ve been talking to Wayde [van Niekerk] over the past few days‚” Bolt said on Thursday night at a press conference in Johannesburg where he launched his own brand of champagne.

“He’s happy with his training and he’s feeling good. I actually told him ‘don’t push it too hard’ — Olympics is always the main goal. I’ll be watching him also this season.”

Bolt‚ in the country for Saturday’s Sun Met race‚ launched his own blend of champagne with sponsor GH Mumm‚ a product which was blended in cognac barrels which he said was to match the popular Jamaican mix of champagne and cognac.

Asked who he’d like to see perform well at the world championships — the first since the world’s fastest man retired — Bolt replied his countryman and former training partner Yohan Blake.

Blake‚ the runner-up behind Bolt in the 100m and 200m at the 2012 Olympics‚ was third behind the SA duo of Akani Simbine and Henricho Bruintjies at last year's Commonwealth Games in Australia.

Bolt said his new brand of champagne matched his penchant for “partying and celebrating”‚ but he insisted he had not retired from his flailing football career‚ where he has failed to secure a professional contract.

“I’ve told people that I’ve stepped back‚ I’ve not completely said you know what‚ this is it … I [previously] said I think I’ll step back I’ve got other things on my plate‚ like launching a new champagne … for me I’ll always be a part of sports.”

His champagne is expected to retail at between R700 and R800 a bottle.