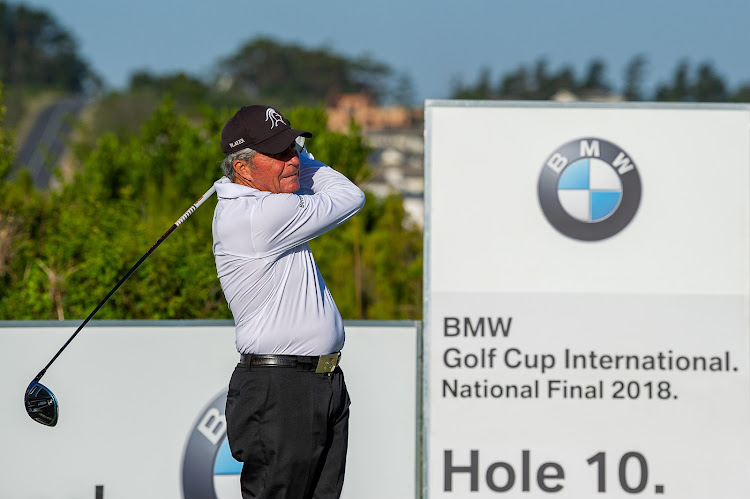 Never one to be caught short‚ at the ripe old age of 83 Gary Player has two dreams.

Some may dismiss it as the self-righteous ramblings of an octogenarian but the country’s most celebrated golfer wants to see a black South African scale golf’s highest peaks in the way Tiger Woods did. Player also wants crime in this country be addressed more aggressively so that 15 million tourists can visit these shores on an annual basis.

Both he concedes‚ are long shots‚ but there’s hope.

“To have a black champion‚ like a Tiger Woods of South Africa‚ can be done‚” said Player. “This guy would be such an ambassador for South Africa. He’d make so much money he wouldn’t count it.

“It would inspire black people here across Africa and the world. That’s why I’m so desperate to see Tiger play well‚” said Player after stepping off the course at Pezula where the BMW Golf Cup International (BMW GCI) was played this week.

Pakistan captain Sarfaraz Ahmed has been handed a four match suspension after he breached the International Cricket Council’s Anti-Racism Code ...
Sport
2 years ago

Player concedes that he is not aware of an up-and-coming local golfer who can make that dream a reality before reminding “you need to dedicate yourself to the sport or you won’t be a superstar”.

He then drifted slightly off script. “I wish I was black and did what I did. That would have been something‚” said the man ironically also referred to as the Black Knight.

Player believes grassroots golf is strong in this country and that amateur participation is greatly encouraged by tournaments like this week’s BMW GCI.

Equally‚ he is not overly concerned that country has not produced a major winner since Ernie Els’s victory in the Open in 2012.

“It is very difficult to win a major. You have to beat 156 competitors. To win Wimbledon‚ you only need to beat seven players‚” Player said.

Asked which South African would next win a major Player was a little coy before reminding that Louis Oosthuizen was the country’s top-ranked player.

Apart from seeing a black champion emerging from the tip of Africa‚ Player feels equally passionate about not giving tourists reasons to stay away.

“I want to see 15 million tourists. It can be done. Will it be done? I don’t think so. I don’t think they are going to stop the crime‚ I’m sad to say.

“We’ve got wonderful people and infrastructure that is magnificent. We have the climate‚ the food.

“When I talk to businessmen around the world they say ‘Sorry‚ we don’t want to come.’ They say it’s not safe. Farmers are being killed‚ people are being killed left‚ right and centre.

“We have to make South Africa safe. People aren’t scared to commit a crime.

“I don’t want to criticise anyone but I never hear government ministers talking about crime. If I don’t have a job I’m also going to steal. I’m not going to kill‚” said Player.

The garrulous Player then turned to land reform.

“I’m all in favour of black people being given land. And it is about time. If someone said to me ‘would you train two young black men to be farmers?’ I’d say‚ ‘with pleasure’.

“It is pointless taking land away and not working it. We are increasing our population. Look at the state Zimbabwe is in because they ran out of food. Isn’t that an example for us to look across our border and see what is happening but we don’t.”