Matthews unhappy at how Thuso Phala is ending SuperSport career 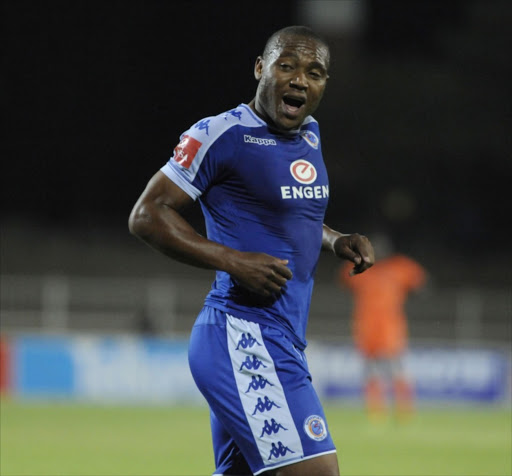 SuperSport United director of football Stan Matthews has shared his deep disappointment at the acrimonious ending of the long and successful relationship between former Bafana Bafana midfielder Thuso Phala and the club.

Phala has been frozen out at United after a series off-the-field issues that Matthews did not want to delve into pending a disciplinary hearing‚ but the CEO has confirmed that the winger’s contract will not be renewed at the end of the season.

“His contract expires in June and definitely we won’t be renewing it. There were one or two loan options on the table this week that we evaluated but nothing came out of them and he will see out his contract with us‚” said Matthews.

“I am disappointed with the way the relationship is ending but he has been a good player for us and I like him a lot as a person. I watched him grow up at Highlands Park‚ Silver Stars‚ Platinum Stars and I also know his mother Susan very well.

Former Bafana Bafana midfielder George Lebese has admitted that his frustrating spell at Mamelodi Sundowns left him depressed. However, he said he ...
Sport
2 years ago

“I didn’t expect that the best-paid player in the history of the club would be ending his career making comments on Twitter‚ missing training and doing things that you don’t expect from a professional player.

“The expectation was more professionalism from him but it is what it is now and we won’t forget the contribution he has made to the club.

“For me the Telkom Knockout final in 2015‚ that was Thuso at his best and one can’t be ungrateful to the contribution of players even though things go sour because these things happen.”

SuperSport United coach Kaitano Tembo insists there is still much to play for this season following an early exit from the Nedbank Cup‚ but he is ...
Sport
2 years ago

Matthews said that Phala’s future is in the player’s hands‚ but he would have loved to see him stay at the club beyond his playing days because he has been a loyal servant.

“I would have loved Thuso to be involved in my academy‚ to do some television work‚ to do PR like Thabo September‚ Jabu Mahlangu or coaching like Kaitano Tembo and Ricardo Katza‚ Grant Johnson or Andre Arendse.

“It is sad that it is ending this way primarily because of off-field issues.

“I don’t want to have a bad vibe with Thuso. His future is in his hands but he has a DC [disciplinary committee] hearing coming up which I can’t talk too much about‚ and that is the situation.”