Richard Murray in race to be fit for Cape Town triathlon 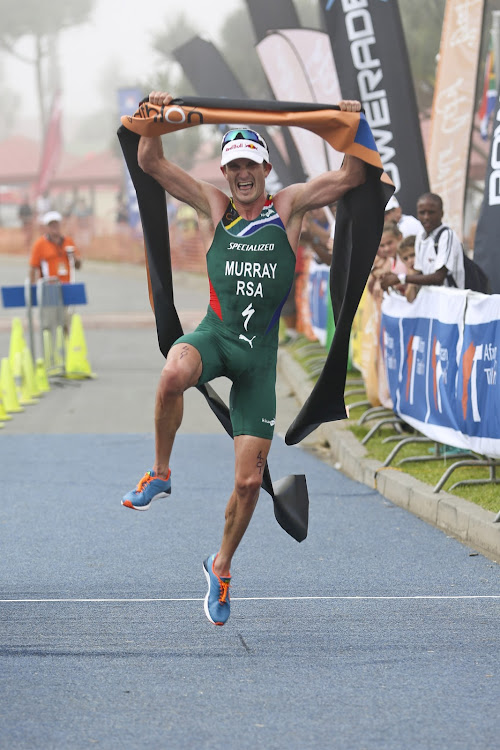 Richard Murray jumps for joy as he crosses the finish line first in a race in East London in 2014.
Image: STEPHANIE LLOYD © DAILY DISPATCH

Richard Murray’s bid to win a third straight Discovery Triathlon crown in Cape Town on February 10 is under threat after he injured his left ankle in training.

Speaking from his camp in Windhoek on Thursday night, Murray said he had been unable to run for a week and was “almost not able to walk”.

He didn’t know when he first hurt it while running on the trails around the Namibian capital, but it got progressively worse.

“We ran a trail — I must have tweaked my ankle. I didn’t feel anything at the time, but it flared up. Not the best start to the season,” said Murray, who turned 30 last month.

“I must have tweaked my ankle at some point, not knowing I had tweaked it, and kept running the next couple of days and it flared up a little bit and I thought, ‘nah, it’s just a small niggle, it’ll go away’, and then it just got worse.

Murray, who ended fourth at the Rio Olympics behind countryman Henri Schoeman, said he will make a decision closer to the season-opening race on February 10.

Richard Murray scored his first World Triathlon Series triumph over the Olympic distance in Leeds‚ England‚ on Sunday after a storming cycle and an ...
Sport
3 years ago

“I’m almost not able to walk. The biking and swimming I’m still able to do, but the running is too much impact. So I might just do a swim and a bike, but ja, I’m just playing it by ear.”

With Murray not in peak condition, Commonwealth Games champion Schoeman, second in the last two editions of the Cape Town triathlon, is likely to be the favourite in the men’s race.

The World Cup event is over the traditional sprint distance, comprising a 750m swim, 20km cycle and 5km run.

The sun came out to congratulate Henri Schoeman on Thursday afternoon after he had pocketed the Commonwealth Games triathlon gold.
Sport
3 years ago

Henri Schoeman scored more than a victory in the season-opening World Triathlon Series event in Abu Dhabi on Friday‚ he produced a critical piece of ...
Sport
3 years ago