Boxing politics make an unwelcome entrance into the ring 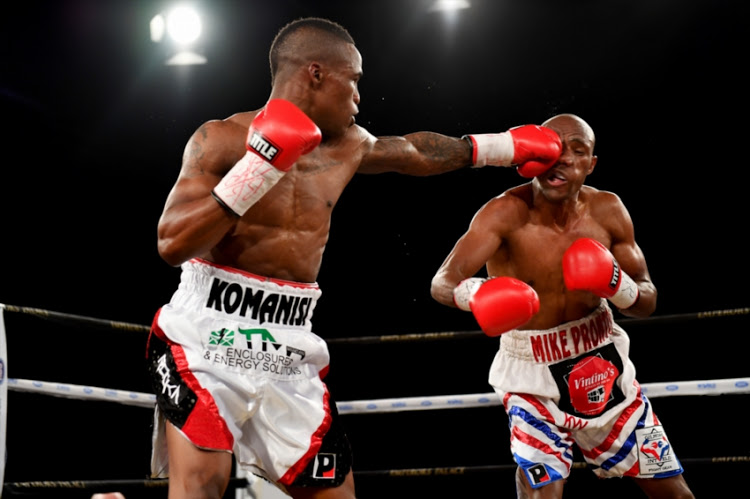 Boxing politics paid an unwelcome visit to the Johannesburg press conference to announce the Feast in the East tournament on March 10.

There should have been two SA titles on the bill in KwaThema‚ Springs‚ but instead there’ll be only one‚ national middleweight champion defending against Fernando “Pitbull” Rodrigues.

Michael Mokoena’s lightweight showdown against Thompson Mokoena was sanctioned by Boxing SA (BSA) only as a non-title 10-rounder.

Mokoena‚ it seems‚ fell foul of the so-called three-fight rule which requires a fighter to have had three bouts in the division before challenging for an SA title.

Fair enough‚ one might think‚ except observers pointed out that BSA sanctioned 10 SA title bouts last year — five of them in the Eastern Cape — without regard for the three-fight rule.

Thulani 'Sugar Boy' Malinga will not go down without a fight

Thulani "Sugar Boy" Malinga had the world at his feet after he beat Nigel Benn to win the WBC super-middleweight champion in March 1996 and financial ...
Sport
2 years ago

Making the call even harder is that Mokoena has had no fewer than two fights at lightweight‚ including a spectacular knockout of Lusanda Komanisi in his last outing.

TimesLIVE understands that the brains-trust at BSA is considering having the three-fight rule scrapped down the line.

“We’ll still challenge for the SA title‚” said Mokoena’s trainer‚ Anton Gilmore. “It just won’t be in this fight‚ it’ll be the next one.”

If losing one SA title bout from his bill wasn’t stressful enough for Supreme Boxing Promotions boss Sandile Xaka‚ his heart would have skipped a beat when spotting the plaster over the right eye of cruiserweight Chris Thompson‚ down to face Limbani Lano of Malawi in one of the three undercard bouts on the bill.

Thompson suffered the cut in a bout on Sunday‚ but luckily it wasn’t long or deep enough to require stitches‚ being glued instead.

Azinga Fuzile‚ considered one of SA’s brightest boxing prospects‚ is to face a stern Mexican test in his next bout‚ trainer Colin Nathan says.
Sport
2 years ago

“It’s not that bad‚” said Thompson’s trainer‚ Sean Smith‚ adding it was not a problem that he had been unable to spar recently.

“He’s been sparring the whole of December [and] January. He should be fine by March 10.”

The card announced at the SuperSport offices is: