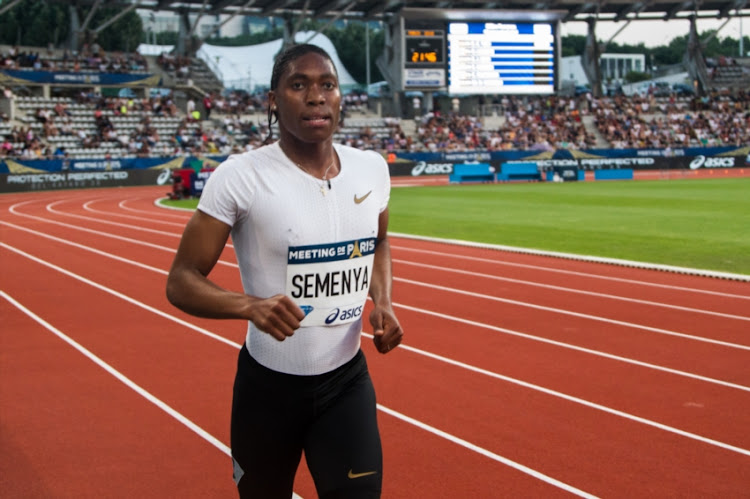 No fewer than 10 experts will testify for Caster Semenya in her case challenging the IAAF’s proposed regulations against athletes with hyperandrogenism.

Semenya’s lawyers on Tuesday released the list of the specialists‚ who cover a range of medical sciences‚ as well as some legal experts.

They were responding to the IAAF’s move on Monday to release the names and papers of their five experts‚ which they had argued breached the confidentiality around the hearing at the Court of Arbitration for Sport (CAS) in Switzerland.

“Ms Semenya believes that she and other women affected by the regulations should be permitted to compete in the female category without discrimination‚ and celebrated for their natural talents as are all other athletes with genetic variations‚” Semenya’s lawyers said in the statement on Tuesday.

“The IAAF’s [proposed] regulations do not empower anyone. Rather‚ they represent yet another flawed and hurtful attempt to police the sex of female athletes. Ms Semenya’s courage and perseverance in her fight to run free is an inspiration to young athletes in her home country of South Africa and around the globe.”

The experts named by Semenya are:

“Prof Veronica Gomez-Lobo (Obstetrics and Gynecology at Georgetown University and the Director of the DSD Clinic at the Children’s National Health System in Washington‚ DC. She is a pediatric and adolescent gynecologist with specialized experience in DSD.

“Dr Alun Williams is the Director of the Sports Genomics Laboratory at Manchester Metropolitan University. He specializes in genetic differences that impact athletic performance and has published numerous academic papers on the topic‚ including original research data.

“Professor Eric Vilain is a geneticist specialized in gender-based and endocrine genetics‚ including DSD. He has spent almost a decade analyzing whether female athletes with DSD should be subject to regulation‚ including in consultation with the International Olympic Committee (IOC) and as part of working groups including IAAF representatives.

“Professor Roger Pielke Jr is the director of the Sports Governance Center at the University of Colorado. He holds degrees in mathematics‚ public policy and political science. With over 25 years of experience in the field of science and technology policy‚ with a particular emphasis on sport governance‚ he is considered a world leading expert in this area.

Caster Semenya vs IAAF: What you need to know

Caster Semenya is challenging the IAAF in a court battle in Zurich.
News
3 years ago

“Professor Dankmar Böhning is a Professor and the Chair in Medical Statistics at the University of Southampton. He holds a PhD in mathematics and is an expert in statistics‚ with a specialty in statistical analysis of medical data. His experience in sport data analysis includes the Growth Hormone 2004 Project.

“Professor Anthony C Hackney is a Professor at the University of North Carolina at Chapel Hill‚ with joint appointments in the Department of Exercise and Sport Science and the Department of Nutrition School of Public Health. He holds a PhD in Exercise Physiology and a DSc in Sports Science Physiology‚ and has over 30 years of experience conducting scientific research on endocrinology and exercise training.

“Dr Lih-Mei Liao is a licensed clinical psychologist and health psychologist in the UK. She has worked extensively with women diagnosed with a range of DSD conditions. Her research has helped highlight the negative impact of controversial medical interventions to alter women’s healthy bodies.

The British columnist has previously commented on the "ethnic cleansing of white farmers".
News
3 years ago

“Dr Payoshni Mitra is a scholar and advocate with a decade of experience working closely with athletes with hyperandrogenism and/or DSD from the Global South. Her work focuses on the mental and physical harm caused by the regulation and testing of such athletes. She teaches Sport Sociology at Birkbeck College‚ University of London.

“Ms Ashley LaBrie‚ the Executive Director of AthletesCAN‚ an independent not-for-profit organization that represents the interests of all national team athletes in Canada. ”

SA athlete Caster Semenya is in an ongoing battle with the International Association of Athletics Federation (IAAF) because the federation wants Semenya to lower her testosterone levels to compete as a female in international events. Semenya is currently in Lausanne, Switzerland, to challenge the IAAF at the Court of Arbitration for Sport.