Fireworks at historic WrestleMania 35 with women's match as main event 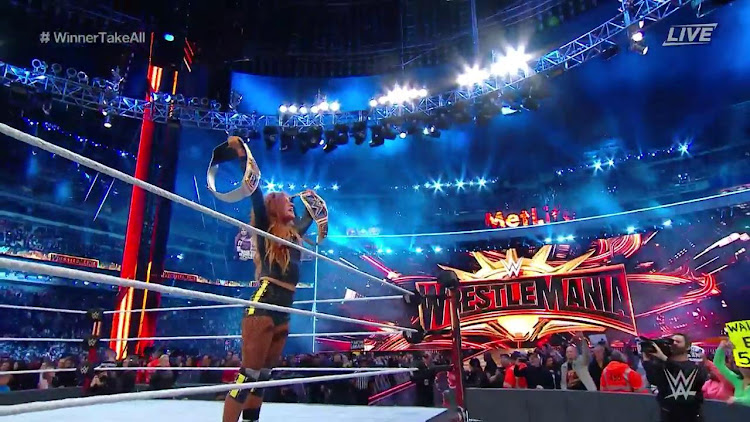 WrestleMania promised plenty of fireworks and did not disappoint after several exciting performances on a memorable night at MetLife Stadium in New Jersey on Sunday.

A women's match was featured as the main event for the first time in history when Becky Lynch faced Charlotte Flair and Ronda Rousey in a winner-take-all triple-threat match for the WWE raw women's championship and the WWE SmackDown women's championship.

The WWE's historic decision to feature a women's match as the main event at WrestleMania was applauded by many observers. The three performers - Lynch, Flair and Rousey - certainly did not disappoint.

The 82,265 fans who converged on the sold-out venue were on their feet when a victorious Lynch finally hoisted the two titles after an energy-sapping encounter.

There were other notable match-ups. The crowd loved veteran Kurt Angle's farewell match against Baron Corbin.

They gave the veteran, who has been a feature in the wrestling ring for more than two decades, an ovation as he exited the stage for the last time after a defeat to the smug Corbin.

Triple H's no holds barred showdown against former Evolution stablemate Batista was another highlight, given the larger-than-life personalities of the two superstars. The two set out to destroy each other and used a variety of weapons in a very brutal showdown.

Kofi Kingston was a massively popular winner and he had the appreciative fans, and even his peers in the locker room backstage, firmly rooting for him when he beat Daniel Bryan to win the WWE championship.

"The WWE outdid itself by creating an even more exciting WrestleMania than we experienced six years ago," said New Jersey governor Phil Murphy. "The WWE Universe helped deliver significant economic results to New Jersey, and we look forward to the opportunity of hosting WrestleMania again in the future."

WrestleMania 36 takes place on April 5 next year at the Raymond James Stadium in Tampa Bay, Florida.

Other matches on the night: