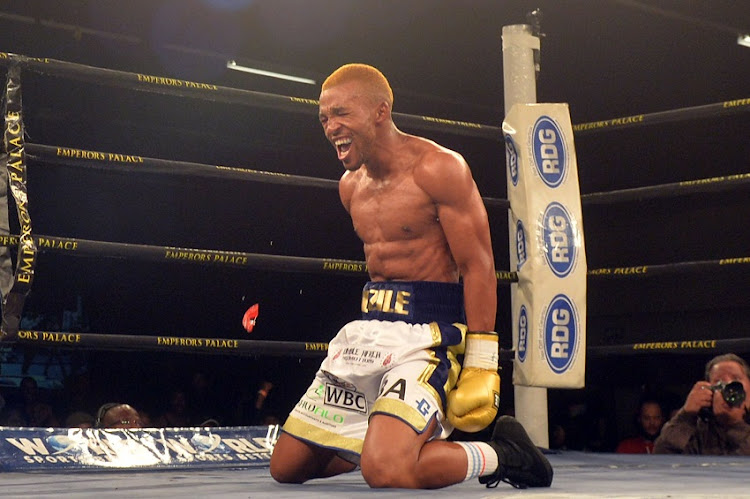 Azinga Fuzile’s road to a world title shot has just been fast-tracked.

The International Boxing Federation (IBF) has ordered the junior-lightweight star to fight Kenichi Ogawa in a title eliminator.

Fuzile‚ unbeaten in 14 fights‚ is ranked fifth by the IBF‚ one spot behind Japan’s Ogawa‚ who has a record of 23 wins and one loss.

They are the two highest-available contenders for the title held by American champion Tevin Farmer.

“In an effort to determine who the mandatory challenger will be‚ the IBF is ordering an elimination bout between Ogawa and Fuzile for the number one position‚” IBF championship chairman Carlos Ortiz junior wrote in a letter to the two camps dated April 10.

“The winner will be #1 and the mandatory challenger.”

Fireworks at historic WrestleMania 35 with women's match as main event

A women's match was featured as the main event for the first time in history.
Sport
2 years ago

The two camps have until April 13 to confirm the boxers are available.

If Ogawa is available‚ the two camps will begin negotiations.

“In the event that you are unable to come to an amicable agreement‚ the IBF will order a purse bid‚” Ortiz wrote.

Ogawa should be Fuzile’s toughest test to date. The hard-punching Japanese‚ with a 74% knockout ratio‚ was awarded a split decision over Farmer for the vacant belt in late 2017‚ but the result was changed to a no-contest after he tested positive for Androstanediol.

Farmer won the belt in his next bout.