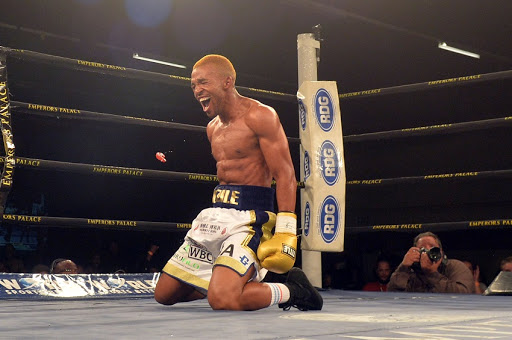 Top East London boxing promoter Thembalethu Ntuthu was crushed after he lost out to a rival at the Boxing SA awards three years ago and he was determined to avoid repeating the same mistake when he received another nomination on Monday.

Ntuthu muted his celebrations after he was confirmed as one of the three boxing promoters who made the shortlist for Boxing SA's 2018 promoter of the year category at a function held in Orlando‚ Johannesburg.

He remembered the disappointment he felt after losing out to Free State-based Lebo Mahoko of Dream Team in the most promising promoter of the year category in 2016.

"Look‚ I am very happy that we have proceeded through the final stages of the awards‚" said Ntuthu on Monday.

"But our confidence is not that high after what happened to us in Durban where we believed we should have won the most promising award.

"We did not stage developments fights only but world titles also. I can only hope that the process this time will be credible.

"We took the loss well in our stride and continued doing what we do most which is giving fighters action while providing fans with excitement.

"But I mean what happened in Durban made me not to trust anything.

"If we win this time‚ then it will be great and we will be very happy and honoured but if we don't then it will be a case of so near yet so far. Our confidence is not that high."

IBO world champions Kevin Lerena and Tulani Mbenge go up against each other in the battle for South Africa’s Boxer of the Year award for 2018.
Sport
2 years ago

Ntuthu will go up against Johannesburg-based Tshele Kometsi of TK Promotions and Sandile Xaka who operates under the umbrella of Supreme Promotions.

Ntuthu promotes under the banner of Rumble Africa Promotions which is responsible for the promising career of IBF intercontinental junior lightweight holder Azinga "Golden Boy" Fuzile.

The East London promoter - who has been in the fight game since 2014 - said he was "very happy" after making the final cut but admitted that he would remained cautious.

He is on the verge of staging the IBF junior lightweight eliminator between Fuzile and Kenichi Ogawa of Japan.

But it looks like the fight will go to purse bids because both boxers' camp have not agreed on anything.

Fuzile from Duncan Village - who is trained in Johannesburg by successful trainer Colin "Nomakanjani" Nathan - is rated No 4‚ a spot below Ogawa.

"We will put a good fight in making sure that we get to stage that fight here at home.

"If we go to Japan‚ it will be that we were beaten in the bid but one thing I can tell you and that Azinga will not go to Japan for peanuts‚" said Ntuthu.

Fuzile is nominated for the most sought after boxer of the year.

Other nominees are Kevin Lerena‚ Thulani Mbenge‚ Yanga Sigqibo and Ronald Malindi while.

Zolani “Last Born” Tete deservedly walked away with the most sought-after Boxing South Africa 2017 Boxer of the Year award at the Boardwalk Casino in ...
Sport
3 years ago

The ceremony which will see men and women of substance being recognised for their sterling performances - will take place at the imposing Sandton Convention Hall on May 17.

A professional boxing tournament will be held ahead of the actual ceremony which will take place late in the evening.

The nominees in other categories are:

Knockout of the year: Zolani Tete vs Sboniso Gonya; Akani Phuzi vs Chris Thompson and Michael Mokoena vs Lusanda Komanisi.