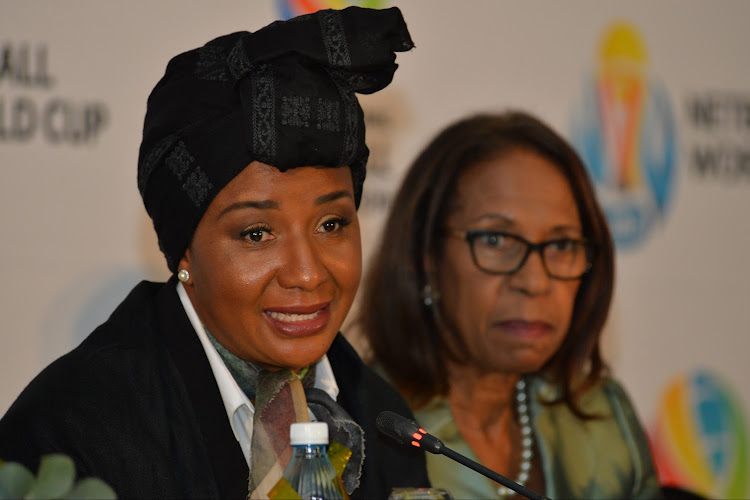 Netball South Africa (NSA) has partnered with Telkom for the new season of the Netball Premier League‚ the body announced on Tuesday at The Pivot Hotel in Montecasino‚ Fourways.

“As NSA‚ we are extremely excited about this partnership and we believe that it will help us in growing the sport and taking it to new heights‚” NSA president Cecilia Molokwane said.

“This partnership will definitely change the landscape of netball in the country and for all the teams that are participating. Telkom are no strangers to sports and that is why their collaboration with us is very important.”

She added that after SAB (Brutal Fruit) pulled out as sponsors‚ they were desperate for a new deal.

Molokwane could not say how much the sponsorship was worth‚ but promised that the players and coaches would be taken care of.

“The sponsorship is for this season‚ because we were desperate to get a sponsor. When the season ends‚ we’ll sit down and talk. After what they are going to see during the league – I doubt they’ll want to leave us‚” Molokwane said.

The tournament‚ starts on the May 10. All the matches will be played at Rembrandt Hall in Pretoria and will also broadcasted live on SuperSport.

Telkom stepped in after SAB pulled out last year.

“For us to be involved with netball South Africa is very exciting. the whole world is looking forward to coming to our shores in 2023 [when SA hosts the World Cup]‚” Telkom executive of brand and product segment Gugu Mthembu said.

“As much as we’ve been involved with sports this is our first time being involved with netball. We are looking forward to an exciting journey ahead.”

Thirteen teams will take part in the Telkom Netball League – 10 provincial sides plus a team from Zimbabwe‚ a male team and the Presidents Smileys‚ which will be made up of Proteas players based in SA.