Koepka survives to win PGA after crowd sense a collapse 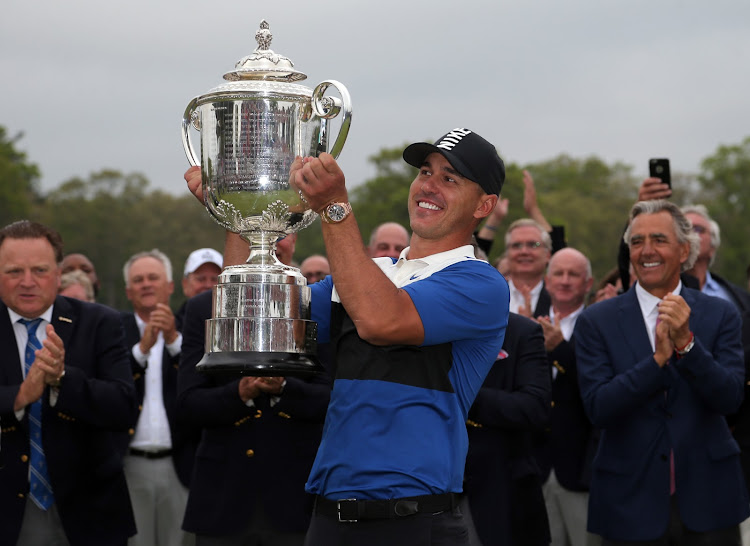 A coronation almost turned into a calamity but Brooks Koepka survived to win the PGA Championship for a second consecutive year on Sunday and establish himself as golf's new top dog.

The American, who had held a seven-stroke lead at the start of the final round, almost lost control of the title when he made four successive bogeys from the 11th hole before staving off Dustin Johnson for a two-stroke victory at Bethpage Black.

Koepka shot a four-over-par 74 to finish at eight-under 272 and captured his fourth major title in his last eight starts in grand slam events.

Johnson (69) was second on six-under, with Americans Jordan Spieth and Patrick Cantlay and Britain's Matt Wallace four strokes further back tied for third.

What had seemed for much of the tournament to be a coronation almost became a calamity on Sunday, to the delight of most of the raucous New York gallery, who were openly cheering against Koepka as he walked off the 14th green with a tenuous one-stroke lead.

Brooks Koepka planted one hand firmly on the Wanamaker Trophy when he shattered the record books en route to a seven-stroke lead following the second ...
Sport
2 years ago

He has played with a chip on his shoulder his entire career, and hearing chants in his face of "D.J., D.J." only served to fire him up as he walked down the steep hill and across Round Swamp Road to the 15th tee at Bethpage Black.

Johnson was playing the adjacent 16th hole when the chants went up after Koepka's mini-collapse.

"I wasn't nervous. I was just in shock at what was going on," Koepka said. "When they started chanting D.J. on 14, it actually kind of helped.

"That was probably the best thing that could have happened ... helped me refocus and hit a good one down 15."

Koepka's playing companion Harold Varner III, however, was annoyed by the crowd reaction.

"I thought it was pretty weird how they were telling Brooks to choke," Varner said.

"That's not my cup of tea. I was pulling for him after that. I have a few choice words for that. Just cheering for him to do bad, I just don't get that."

Farmingdale, N.Y. — Defending champion Brooks Koepka made a flying start at the PGA Championship with a dominant display that appeared set to give ...
Sport
2 years ago

Johnson, however, subsequently bogeyed the 16th after misjudging his approach shot in the strong and gusty winds and the lead was back up to two strokes.

In becoming the first champion to lead wire-to-wire since Hal Sutton in 1983, Koepka successfully defended his title and also displaced Johnson as world number one.

Koepka, who also won back-to-back U.S. Open titles in 2017-18, admitted his run of bogeys had put him under pressure.

"Tell you what, the hour spent from number 11 to 14 was interesting," Koepka said. "I just got stuck in a bogey train. I just made mistakes at the wrong time.

"You've got to hit good drives and I put it in the rough. I challenge anyone to play this course in 15-to 20 miles-per-hour winds and see what they shoot."