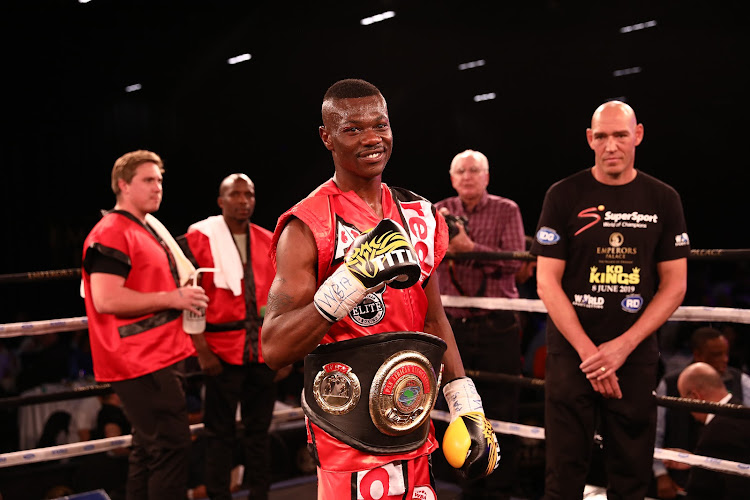 Boxer Jabulani Makhense appears to have the Limpopo boxing baton firmly in his grasp after retaining his WBA Pan African title with a lopsided points over Michael Mokoena at Emperors Palace on Saturday night.

The boxer looks up to the likes of Cassius Baloyi‚ Phillip Ndou‚ Isaac Hlatshwayo and Jeffrey Mathebula and he said he is happy to continue where these former world champions from the Limpopo province left off.

"I look up to Phillip‚ Cassius and the other guys from my province who were world champions‚" said 26 year old Makhense.

The boxer has set his sights on bigger goals and he believes the support he gets from his family will help him achieve his dreams.

"My mother always goes down on her knees to pray when I fight‚" he said.

"She prays for me and my opponent to leave the ring safe because she says some other boxers left the ring on stretchers and never recovered.

"I believe in the power of prayer‚ that is how I was raised up."

"We pray in our dressing room in different languages‚" said the former SA‚ WBU and IBO cruiserweight champion who is gradually moulding Makhense into a force to be reckoned with.

"I pray in Afrikaans."

Makhense said his 12 rounder against Mokoena was tough but "good".

The boxer displayed superior skills while boxing brilliantly on the back foot.

Rothmann continued: "One thing I am excited about is that the judges saw boxing for once because if you had judges who do not understand boxing‚ they could have scored it in favour of Mokoena simply because of his aggression and volumes.

"His aggression was not effective and not all his punches landed while Jabulani's few but clean blows all hit the target."

Their scores meant that the boxer‚ who also holds the Gauteng title‚ remains unbeaten after eight bouts.