Mercedes can take sequence of success into double figures 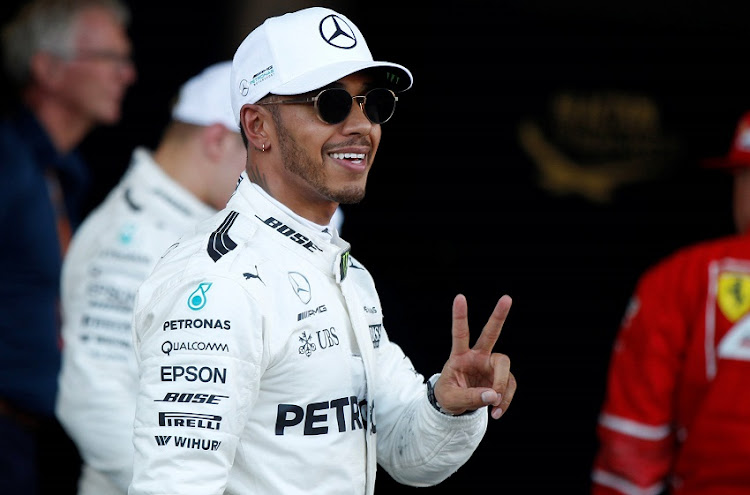 Formula One champions Mercedes can stretch their unbeaten run into double figures in France on Sunday while rivals Ferrari and Sebastian Vettel still chafe at being denied victory in Canada two weeks ago.

Add in Hamilton's two victories at the end of last year, after winning his fifth championship, and Mercedes are set to match their 2016 run of 10 successive wins and Ferrari's 2002 sequence of success.

Only McLaren, with 11 in a row in a near-perfect 1988 season with champions Ayrton Senna and Alain Prost, have strung together a better run in the modern era.

It nearly ended in Montreal, however, with Vettel on pole and finishing first before a five second penalty for running off and rejoining in an unsafe manner demoted the German to second behind Hamilton.

Ferrari have sought a review of the stewards' decision, apparently promising a new element that could yet provide a twist.

Mercedes team boss Toto Wolff saw Canada as a wake-up call regardless, not least because of reliability problems the team battled right up to the start.

"We expect another tough fight in France... the circuit features some similarities to Montreal and the long straights will present a challenge for us," said the Austrian.

"However, unlike Canada, the corner characteristics are spread across a range of speeds, which should play to our advantage. We're looking forward to the chance to put a few things right again."

Hamilton, on 78 career wins and edging ever closer to Michael Schumacher's record 91, made a rare mistake in Canada when he hit the wall in Friday's practice.

"I'll come back stronger at the next race and hope not to make mistakes on the Friday," said the Briton, now 29 points clear of Bottas and 62 ahead of Vettel, after a race dominated by the Ferrari controversy.

With huge run-off areas, Le Castellet should be more comfortable.

Montreal was the second race this season that Ferrari should have won, with Charles Leclerc on pole in Bahrain but denied victory by a late engine problem, but they will not be favourites in France.

"We will have a few small evolutions," said Ferrari team principal Mattia Binotto.

"What we will be bringing won't be the solution to our problems, but the technical feedback we get from these evolutions will be important for the next steps we take.

"Paul Ricard has been a tricky circuit for us last year and we know that this kind of track isn't particularly favourable for our package, but nothing is impossible."

Red Bull's Max Verstappen was second in France last year, after Vettel and Bottas collided at the start with the German also then handed a five second penalty, before winning in Austria when both Mercedes drivers retired.

France, back last year after a decade off the calendar, is again a double-header with Spielberg and the Dutchman can again hope to shine in what is also a home race for team mate Pierre Gasly.

"I feel comfortable in the car so I hope we will be able to challenge the frontrunners more closely," said Verstappen.