Ruann Visser sees off Justice Siliga in the first round 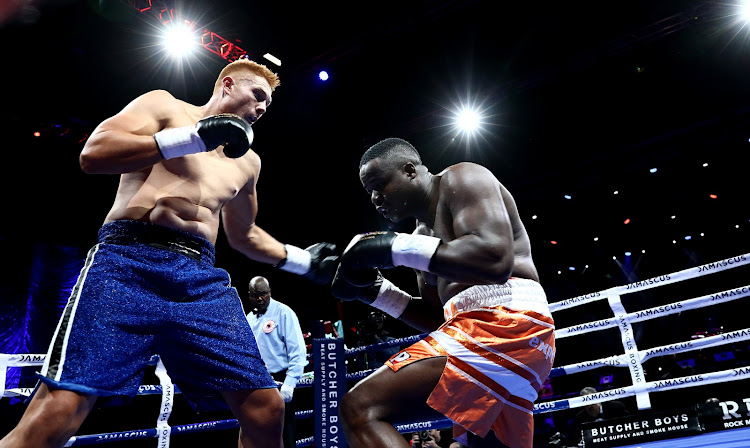 Ruann Visser made quick work of Justice Siliga‚ winning on a first-round knockout to retain his South African heavyweight crown at the Time Square casino in Pretoria on Sunday afternoon.

Visser wobbled the number one contender with a right hand early in the round‚ and then put him down for good with what seemed a fairly innocuous left hook.

The hook was preceded by a right that had glanced off the top of Siliga’s head‚ and then came the left to the side of the head.

Siliga‚ who got off the canvas to win his last outing against Josh Pretorius‚ lay on his back for a few minutes‚ although the referee waved it over long before reaching 10. 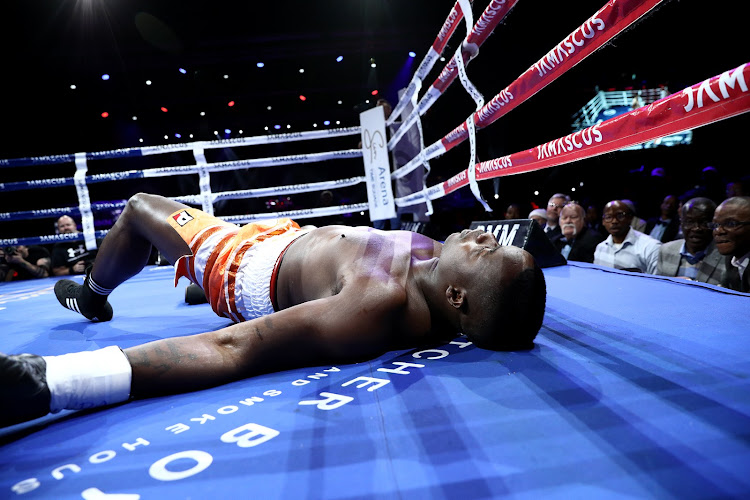 Justice Silinga lies on the canvas after being knocked out by Ruann Visser during their SA & WBA Pan African Heavyweight bout at SunArena in Pretoria.
Image: Masi Losi

It was all over after 2min 14sec‚ and the victory also earned Visser the vacant WBA Pan Africa heavyweight title.

On the undercard‚ Flo Simba was unconvincing in his return to the ring in more than a year.

He outweighed his opponent‚ Mussa Ajibu of Malawi‚ by 10kg‚ but he ate most of the leather in the opening round‚ during which he suffered a big cut on his right eye.

Simba started finding his range in the second round‚ but he never got the chance to build his confidence further — Ajibu quit at the start of the third round complaining of an injured arm.

Trainer Sebastiaan Rothmann was an interested observer watching unbeaten Marios Matamba notch up his 11th victory as a professional by stopping Salima Chazama of Malawi in the third round.

Promoter Elias Tshabalala is planning to offer financial assistance to the families of fallen boxing heroes in KwaThema and a portion of the income ...
Sport
2 years ago

Matamba is scheduled to fight his own undefeated fighter‚ WBA Pan Africa junior-welterweight champion Jabulani Makhense‚ later in the year.

“It’s going to be a hard fight‚” said Rothmann.

Cruiserweight Chris Thompson forced the normally durable Youssouf Mwanza to quit in the corner after dominating him for three rounds.

Johannesburg trainer Lionel Hunter’s welterweight Faraday Mukandila scored one of the upsets of the afternoon‚ stopping previously unbeaten Denys Lazarev of Ukraine in the fifth round.