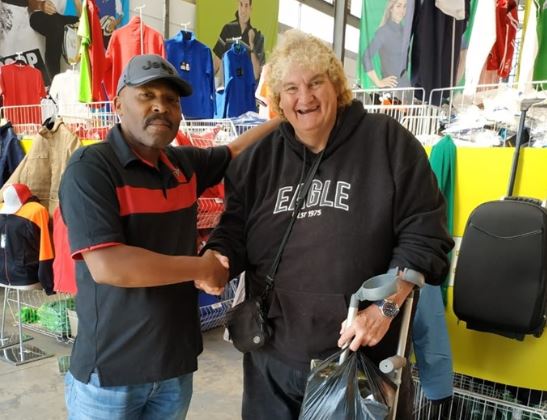 Promoter Elias Tshabalala is planning to offer financial assistance to the families of fallen boxing heroes in KwaThema and a portion of the income he is set to earn from a tournament he's staging at KwaThema Indoor Centre in Springs on Sunday will go to them.

Tshabalala made a name for himself as a trainer and he guided a number of top boxers to superstardom‚ including Dingaan "The Rose of Soweto" Thobela.

He will stage his maiden tournament on Sunday and he said he hoped to make a small contribution to the local boxing community.

"It will be our small way of showing gratitude for what they did for the sport of boxing‚" said Tshabalala.

The families of legendary boxer Simon "Tsipa" Skosana and Themba Zulu will also benefit from the initiative.

Skosana is the former SA bantamweight champion who died in 2009.

Boxing bosses promise they'll get it right this time

Boxing SA (BSA) is vowing to get it right this time when Thato Bonokoane and Innocent Mantengu meet once again for the vacant SA junior-featherweight ...
Sport
2 years ago

Young boxing trainer Damien Durandt has kept his vow to honour his famous father's memory and is on the verge of producing the first WBC champion ...
Sport
2 years ago

The boxer hailed from Springs and he won the SA bantamweight title in February 1984 after he outpointed Phindile Gaika.

He was later warded the Old Buck championship belt outright.

On the night of November 22‚ 1986‚ with the odds heavily against him‚ he produced one of the gutsiest performances seen in a South African ring.

He fought WBA champion Bernard Pinango from Venezuela at the Rand Stadium in Johannesburg but was stopped in the 15th round.

Zulu‚ one of South Africa’s most respected trainers‚ also from Kwa-Thema‚ Springs passed away last year.