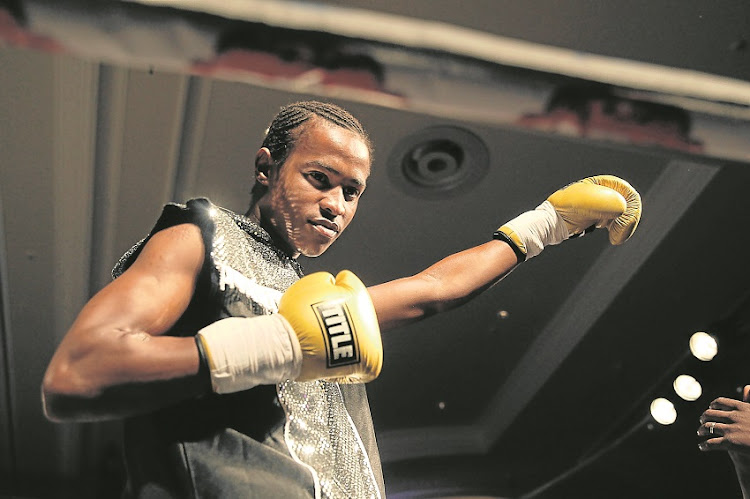 Boxer Aphiwe Mboyiya will attempt to rebuild his life and his career after a two-year drug ban when he steps into the ring at Mdantsane Indoor Cente in the Eastern Cape on Sunday.

Mboyiya tested positive for using a prohibited substance ahead of his fight against Sibusiso Zingange at Orient Theatre in April 2017 and after he was found guilty by the SA Institute for Drug-Free Sport‚ he faced ridicule and humiliation while in the wilderness.

The 28-year-old has now served his time and his inactivity ends on Sunday when he returns to meet Xolani Mgidi over eight rounds in the Eastern Cape.

Trainer Kholisile Cengani told TimesLIVE that his boxer suffered immense financial losses and pain during his time away from the ring. The added that he had to assume a father role when it seemed his charge would plunge into the depths of misery.

‘‘We stuck together as a team and went through the pain together.

‘‘We never lost focus and it is for all these reasons that he is back and ready to reclaim his rightful place (in the sport)‚” he said.

‘‘We were supposed to face Sinethemba Bam from Cape Town on Sunday but he is not available‚ hence we will now fight Mgidi.

‘‘I am telling you now that we will walk past him because we have bigger dreams in our sights.

‘‘Aphiwe is very fit because he has been training hard since July last year.”

The former SA featheweight‚ IBO All-Africa and WBO Africa junior lightwieght champion was in the prime of his career at the time of the drug test that changed his life.

Things went pear-shaped after he failed to make the weight limit ahead of his fight against Zingange‚ forcing the bout to be contested in the catchweight class.

It was alleged at the time that he used the prohibited substance in an attempt to reduce water so that he could make the weight limit.

Cengani said the last two years have been very hard on his boxer as he was suddenly dependent on small mercies from others for basic things.

‘‘I am the one who helped him — buying clothes and giving him pocket money. His sister also played her part‚” he said.

‘‘The boy's parents are pensioners but they also helped where they could.”

Cengani said while Mboyiya would not be paid a massive purse on Sunday‚ he was happy that the boxer would finally get an opportunity to earn something.

‘‘Yes‚ this will be the first time in two years that he earns a salary .... purse money‚” he said.

‘‘It’s not much but it is something that will help him. All credit to promoter Thembalethu Ntutu for agreeing to feature him in the tournament on Sunday.”