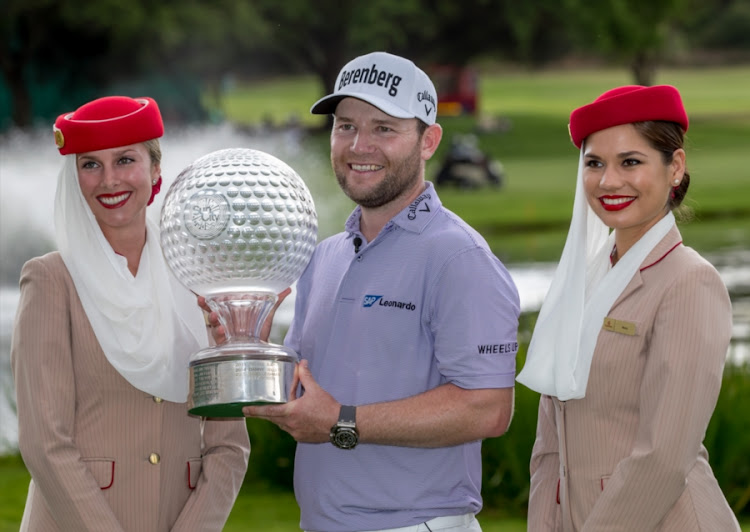 South Africans in the field will hope to have a representation on the winners podium at the Nedbank Golf Challenge.
Image: Gordon Arons/Gallo Images

Defending Nedbank Golf Challenge (NGC) champion Lee Westwood will return for the 39th edition of the tournament in mid November.

Westwood‚ who won the tournament for the third time last year‚ has confirmed his participation‚ as has the man who he eventually wore down en route to the title‚ Louis Oosthuizen.

Although he has crept to within touching distance of turning 50‚ Westwood showed his class when he finished tied fourth in this year’s Open at Royal Portrush.

Eventually‚ however‚ Oosthuizen ran into trouble and had to settle for third.

Frittelli keeps up early momentum at the Open

South Africa’s Dylan Frittelli made the most of the calmer morning conditions during Thursday’s first round of The Open Championship to card a three ...
Sport
3 years ago

Origins of golf tournament winner Zander Lombard also cracks the nod by virtue of winning the order of merit on the Sunshine Tour.

This year’s field will be reduced from 72 to 60 to lend it a more elite feel.

The wild cards‚ however‚ remain in place in a tournament that has seen the agreement between main sponsor Nedbank and the European tour extended by a further three years.

“With a 39-year history the tournament has an enormous legacy and brand value. We want to get to 40‚" said Nedbank chief executive Mike Brown.

“Also‚ not many sports in this country can boast 500 million viewers.

“We have an enormous obligation to our country. We have our troubles in country but this tournament gives us a week to be happy.”

“Dylan Frittelli has won in Europe and now also in the United States‚" he said.

"Hopefully he puts this tournament on his calender.

"Hopefully a South African who can put R40m in his back pocket.”

This year the winner will take home US$2.5 million‚ an increase on the US$1.25 million won by Westwood last year.

The overall prize fund remains at US$7.5 million‚ with the balance of the field from second place onwards playing for a US$5 million prize fund.

This year’s tournament also offers an increased haul of Race to Dubai points from 7 500 to 10 000‚ which places it above what the World Golf Championship tournaments offer.