Caster Semenya says she never felt supported by other women

Double Olympic champion Caster Semenya, who has been locked in a battle over her testosterone levels with athletics authorities, said on Wednesday that she has not felt supported by other women in sport.

The South African athlete will not be able to defend her 800-metres title at the world championships in September after the Swiss Federal Tribunal reversed a ruling that temporarily lifted testosterone regulations imposed on her.

"Since I have been in sport I have never really felt very supported, I've never felt recognised mostly by women," said Semenya during a women's conference in Johannesburg where she was the headline speaker.

Semenya is appealing the Court of Arbitration for Sport's (CAS) ruling that supported regulations introduced by the sport's governing body, the International Association of Athletics Federations (IAAF).

These say that XY chromosome athletes with differences in sexual development (DSDs) can race in distances from 400m to a mile only if they take medication to reach a reduced testosterone level.

Despite the IAAF receiving support from some current and former athletes, the decision to reduce testosterone levels in women's athletics has also attracted criticism from human rights organisations.

The United Nations Human Rights Council adopted a resolution in support of Semenya in March.

"I think it comes more into the international stage when you see your own rivals come with this... what can I call it... these rude responses in terms of me competing against them," said Semenya.

British runner Lynsey Sharp said in May that she had received death threats for past comments she made about the South African. 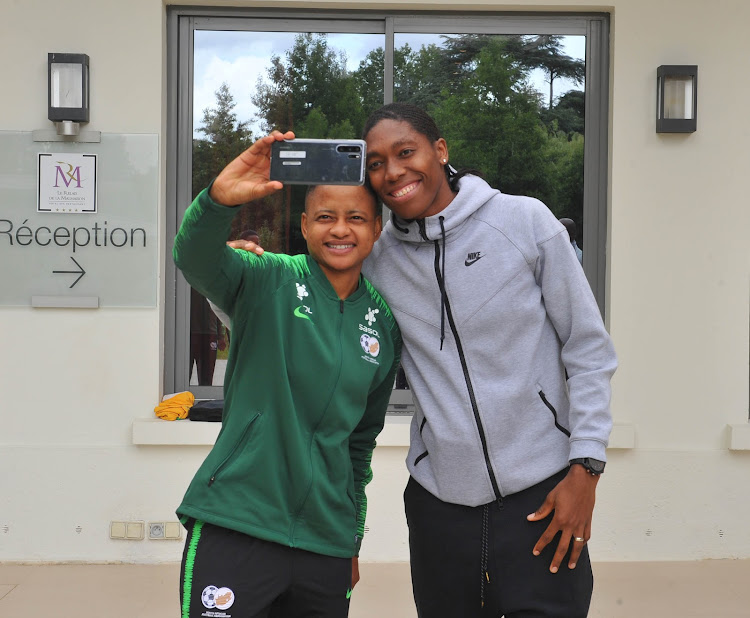 Semenya, who was greeted by cheers at the conference, said she still saw herself as a middle distance runner.

"Whoever is going to stop me from running is going to have to drag me out of the track," Semenya said.

The 28-year-old said she was undecided about whether she would switch to longer distances or pursue a career in another sport.

"In terms of changing events I haven't decide anything about moving up or moving down. I still consider myself a middle distance runner," Semenya said.