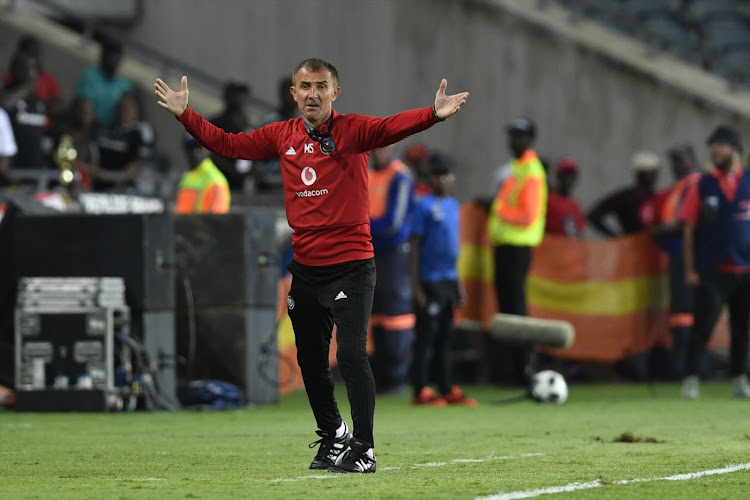 It was a bombshell announcement that came seemingly out of nowhere, with the team set to play in the MTN8 quarterfinal against Highlands Park on Saturday.

"The club would like to place on record that this decision was taken unilaterally, and it was the management’s decision to accept Mr Sredojević to vacate his position based on reasons he has presented, which are of a personal nature.

Sredojevic's decision to step down follows a 3-0 Absa Premiership defeat against SuperSport United at Mbombela Stadium in Nelspruit on Wednesday night.

Pirates have played just three games in the 2019/20 season. They began with a 3-1 league win at home against Bloemfontein Celtic, then followed that up with a 1-0 defeat away against Zambian club Green Eagles in Lusaka last weekend in the first leg of their Caf Champions League preliminary round tie.

Former Uganda national coach Sredojevic was entering his third season in his second stint at Pirates. He had not managed in his first two campaigns to satisfy the demand to end a trophy drought that stretched back to Bucs' 2014 Nedbank Cup victory.

Under the likable Serbian, Pirates ended runners-up in the league to Mamelodi Sundowns in the past two seasons.

They reached the final of last season's Telkom Knockout competition, being reduced to 10 men in the first half against Baroka FC, and eventually losing on penalties.

Former Orlando Pirates winger Thabo Qalinge has returned home after he was unveiled by SuperSport United on Friday.
Sport
2 years ago

Orlando Pirates coach Sredojevic: Why would anyone not want Hlatshwayo?

Orlando Pirates boss Milutin Sredojevic has said that every coach in the Premier Soccer League (PSL) would not hesitate to have Bidvest Wits captain ...
Sport
2 years ago