From Durban's mean streets to skating with the stars, Thalente's Olympic dream lives on 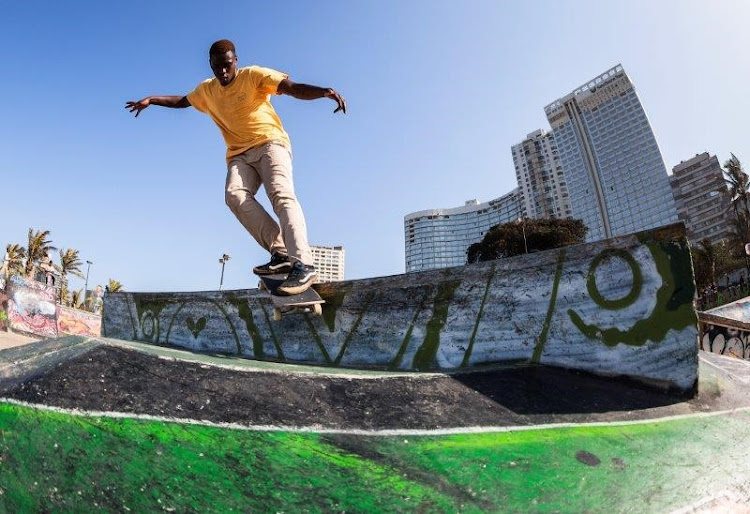 Thalente Biyela will jet off to the US next month to compete at the world skateboarding championships in Salt Lake City.
Image: supplied/Grant McLachlan

When he was a homeless kid hanging out at the skatepark on Durban's beachfront, Thalente Biyela dreamed about competing against the world's best skateboarders.

The 26-year-old will now jet off to the US to compete at the 2019 Vans Park Series (VPS) World Championship in Salt Lake City on September 6.

The series attracts hundreds of riders from across the world to compete in a number of ranked events.

“I am pretty excited, but nervous at the same time. I am looking forward to the whole experience, especially competing with some of the best dudes in the world. I couldn’t be more stoked about it,” he told TimesLIVE on Monday.

The former street child ran away from home at age 11 and lived off handouts for years, until he struck up a friendship with skateboarders along the city's promenade.

IN THE early 2000s, few things reeked of suburban cool more than being a skater. Avril Lavigne's Sk8er Boi added a glossy pop lustre to the edgy ...
News
5 years ago

He was spotted by global skating legend Tony Hawk while he was on a trip to SA in the early 2000s.

With the help of a five-year pro visa, Biyela was able to compete on the American professional skateboarding circuit, basing himself in Los Angeles, and his incredible story was captured in the award-winning documentary, I am Thalente.

“I always had somewhat of a dream to take my ability to the next level and compete in bigger events,” Biyela said.

In the run-up to the event, he will spend a week in Cape Town practising at the new Hout Bay bowl and the Shred Skatepark.

After the world championships, he plans to head to Brazil to compete in events that will allow him to accumulate points to complete in the Olympic Games next year.

“It is something that I really want, so I am going to focus on getting there,” he said.