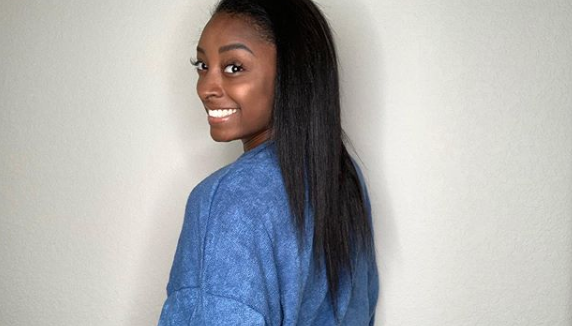 There is no denying the force that is 22-year old gymnast Simone Biles, who again made history at the world championships in Germany on Tuesday, after she bagged her 21st medal overall at the event.

This, according to CNN, makes her the most decorated female gymnast, as she beat the record of the retired champion, Russia's Svetlana Khorkina, who had 20 medals. To add to this, 15 of the 21 medals are gold which again, is the most world championship gold medals in gymnastics history.

The Guardian reported that she is now just two medals away from beating the record of most medals by either men or women, a title currently held by Vitaly Scherbo.

Biles won her record-breaking 21st medal as the US wrapped up the team competition, followed by Russia in second, with Italy third, The Independent reported.

Biles doesn't pressure herself by obsessing about records and scores.

She told The Guardian, “every year it feels better and better just because we are adding to the legacy. I feel like I never think of records. I just go out there and do what I came to do, which is competing for the country.”

Springbok captain Siya Kolisi is the only South African nominated in any category for the 2019 Laureus World Sports Awards‚ which take place in ...
Sport
2 years ago

Simone Biles, the American artistic gymnast, has been one of the most talked about athletes at the Rio Olympics.After winning medal after medal, ...
TshisaLIVE
5 years ago