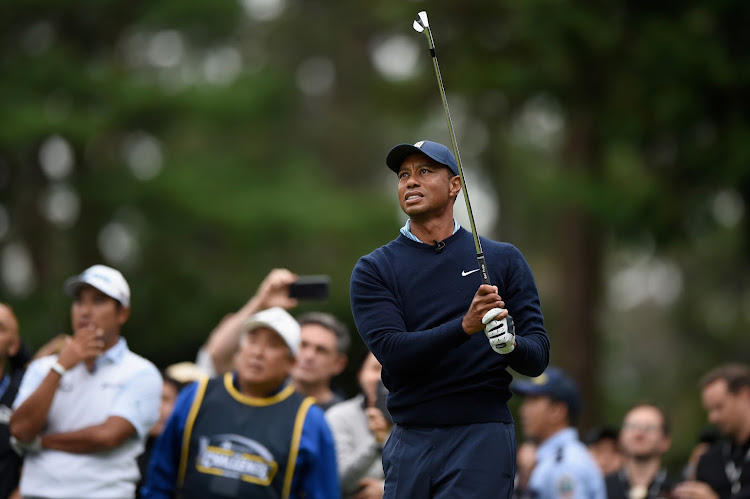 United States captain Tiger Woods attempted to draw a line under Patrick Reed's rules violation at the Hero World Challenge over the weekend when his team touched down in Australia on Monday for this week's Presidents Cup.

Reed received a two-stroke penalty for improving his lie in a bunker on Friday during the third round of the tournament hosted by Woods in the Bahamas, where most of the American team prepared for their trip Down Under.

The penalty meant the 2018 Masters champion missed out on a chance to force a playoff against winner Henrik Stenson at Albany Golf Club, but perhaps more damaging was the widespread condemnation of his actions.

A jet-lagged Woods was asked about the incident after making the long journey to Australia for the 13th edition of the biennial contest at Royal Melbourne, which starts on Thursday.

"Yes, I have spoken to Pat about it, it's behind us, we're onto this week, we're focused on going against this great International team here," the 15-times major winner told reporters at the official launch of the tournament.

"As we all know, Pat was penalised and that was it, end of story. Unfortunately, he missed the playoffs by those two shots but we're looking at this week."

Some Internationals players have suggested Reed might get some flak from the crowd over the incident but Woods said he thought the famous Australian love of sport would ensure a great atmosphere for the contest.

Woods said the team had spent the journey, which he described as "a day to kill in a tin can", resting when they could but also doing some team building and having a bit of fun playing cards.

"It's a great team, a great mix, a couple of older guys but the majority of the team is under 30," he said.

"I'm telling stories about what happened way back in '98 when some of these guys were in diapers.

World number four Justin Thomas was only a couple of hours into his first trip to Australia and, while excited at the prospect of extending the United States's winning streak to eight Presidents Cups, clearly had more immediate priorities.