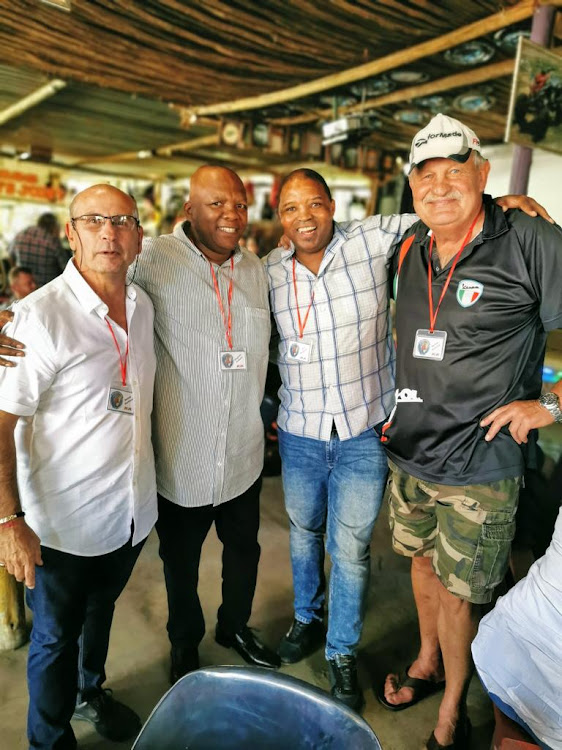 Some 350 ex-fighters reconnected in Pretoria at the weekend‚ trading old war stories like they used to exchange leather in decades gone by.

The gathering marked the launch of Boxing Legends United‚ the brainchild of former SA lightweight champion Danny Myburgh who wants to help both old professionals and up-and-coming amateurs.

They were all in their element at Bernie’s Joint in industrial Pretoria‚ surrounded by vintage cars and their own classic tales.

Abbott recalled trying to spend his first boxing purse on comics. He took his cheque to a CNA‚ but before he could indulge his love for Archie‚ Jughead and various super heroes‚ his dad intervened.

“I wanted to buy comics‚ but my father came and he took my cheque away‚” he said.

Abbott‚ a giant of a boxer who possessed good handspeed and a granite chin‚ was tipped for stardom as a heavyweight.

“After I knocked out Kallie Knoetze [in one round] I thought I’d become a world champion.” 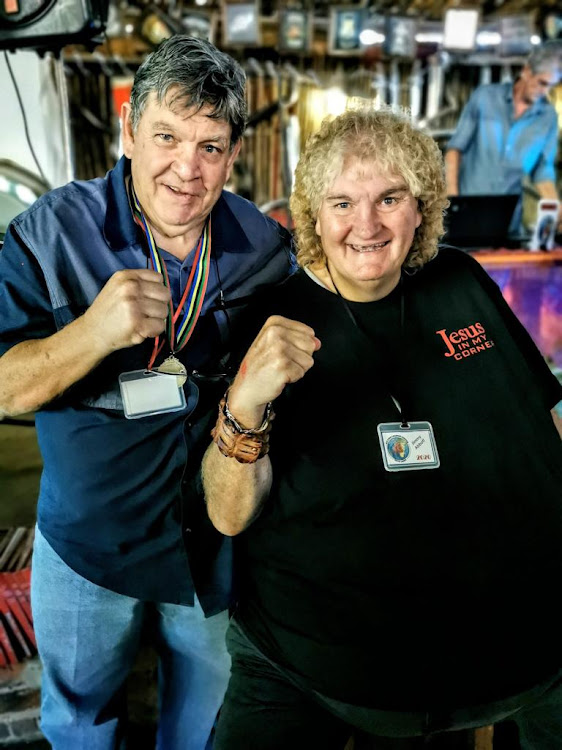 But he admitted to injecting steroids for five years of his career‚ and with that he says his appetite increased and he literally ate himself out of the boxing ring‚ ballooning to 370kg.

Three heart attacks and a stroke later‚ 60-year-old Abbott is down to 170kg and enjoying his best life.

When asked who had hit him the hardest‚ he thought about the question briefly and then replied with a laugh: “Nobody!”

He was a spectator at that event‚ and as he made his way to his seat he was asked by fans who he thought would win.

“I actually had my money on Kallie‚” Volbrecht said.

But after Abbott had flattened “Die Bek van Boomstraat”‚ as Knoetze was known‚ the fans Volbrecht had spoken to were convinced the fight had been fixed.

Volbrecht‚ who defended his SA welterweight title a record 19 times‚ presented three of his former foes with medals and then made a confession to them.

“I wasn’t a southpaw‚ I was switched by Hottie van Heerden‚” explained “The Hammer”‚ who is right-handed.

He learned the left-handed stance as a kid watching his then trainer Van Heerden‚ regarded one of SA’s greatest southpaws.

Thobela recounted how as a young amateur Kit Markotter had helped him out‚ giving him assistance and a pair of gloves.

“We had a photo taken of us together then‚ with me wearing gloves that were too big for me‚” Thobela said.

He then invited Markotter onto the stage.

There were many ex-fighters who enjoyed less fame in their careers‚ but their memories were no less valuable.

Eddie Mileham‚ who briefly held the white versions of the SA lightweight and junior-lightweight titles in the 1970s‚ sparred with Arnold Taylor when he was preparing for his crack at the WBA bantamweight crown in 1973.

He remembered his stablemate running effortlessly up the BP centre in Braamfontein and then still running back to the gym.

Taylor’s stamina proved critical in the fight‚ as he absorbed incredible punishment before knocking out Romeo Anaya of Mexico in the penultimate 14th round in November 1973.

While the vintage cars that provided the backdrop to the day were still in good shape‚ many of the ex-fighters were not as slim as they used to be.

“We’re middleweights now‚” joked Bergman‚ who carried one of the finest left hooks in South Africa.

“The weight is round the middle now.”​

The raw statistics show that professional boxing in SA is declining, but at least fighters like Lerato Dlamini prove there's a healthy layer of ...
Sport
2 years ago

Doing the Mdantsane shuffle: boxers dream big in the gym of champions

Boxing gloves are lined up along the side of a dilapidated boxing ring, its ragged ropes held up by rusted bars. In the adjoining room, under a ...
News
2 years ago

This boxing flick set in the Eastern Cape is punchy, smart and engaging as it tackles universal issues
Lifestyle
2 years ago