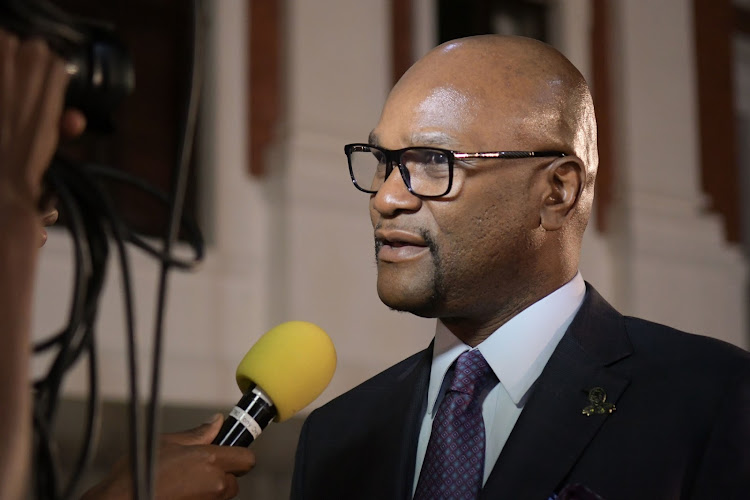 Minister of sports, arts and culture Nathi Mthethwa has criticised the organisers of the Comrades Marathon for claiming that this year's event would go ahead as planned.
Image: Gallo Images/Jeffrey Abrahams

Sports minister Nathi Mthethwa has slammed Tuesday’s statement by the Comrades Marathon Association (CMA) - in which they declared that the marathon will go ahead as planned‚ pending a decision on April 17 - as “irresponsible”.

Numerous sports events have been cancelled in the wake of President Cyril Ramaphosa’s declaration of a national disaster on Sunday. One of the measures is a prohibition on gatherings of 100 people or more.

On Tuesday morning‚ CMA chairperson Cheryl Winn said in a statement: “With nearly three months to go to Comrades 2020‚ the CMA board has decided that it is premature to postpone this year’s Comrades Marathon.

“We will however continue to monitor the situation on a daily basis and will make a decision by April 17, depending upon how the situation evolves, on whether to postpone the Comrades 2020 to a date later in the year.”

The CMA said they will make a final decision on April 17 on the future of the 95th edition of the race, scheduled to take place on June 14. The Comrades attracts 15‚000 runners annually.

Comrades Marathon sets date for decision on 2020 down run

The Comrades Marathon Association (CMA) will wait until April 17 to make a final decision on the 95th running of the world’s biggest ultra-marathon.
Sport
2 years ago

Mthethwa was speaking during Tuesday’s meeting with various high-powered sports stakeholders - including the SA Football Association (Safa)‚ the Premier Soccer League (PSL)‚ Cricket SA and SA Rugby - in response to the coronavirus outbreak.

The minister strongly condemned the stance taken by the CMA.

We are dealing with a problem of the highest proportion here.

“We are dealing with a problem of the highest proportion here‚” said Mthethwa who reiterated government’s stance on gatherings of more than 100 people.

“I don’t know how the event will take place if they still have to come to government and apply.

"It is a very irresponsible statement and I want to say that very strongly. This statement should not be followed through. It is a terrible statement. It just needs to be dealt with decisively so that it doesn’t go through.

“Almost all our sporting codes have been on the ball on this matter and we should continue to move with one voice. We have to come together.”

Athletics South Africa (ASA) president Aleck Skhosana said the CMA will not be releasing any statements from now on and they will to follow directives from ASA.

“Long before we came here to the meeting, I had a call from the minister, saying Comrades Marathon are saying they are going to have their race come rain or shine‚” said Skhosana.

“ASA issued a statement earlier that we will embark on informing our members after April 15 on the status of whether all competitions are going to carry on or what. We stick by that and Comrades will not issue any other statements from now on.”

The national coronavirus disaster means the end of all approved events in Cape Town, the city council said on Tuesday.
News
2 years ago

Two Oceans Marathon latest event to be cancelled over coronavirus

The Two Oceans Marathon became the latest Covid-19 event casualty, with the road race called off on Sunday.
Sport
2 years ago