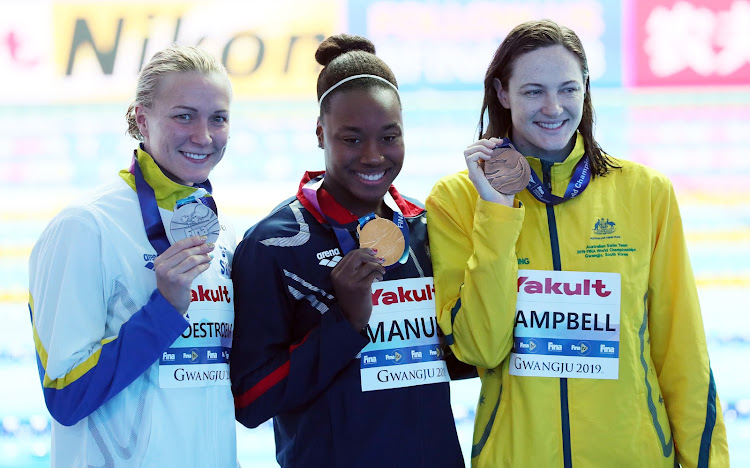 Australian athletes were feeling a mixture of regret and relief on Tuesday following their national Olympic committee's decision to pull out of the 2020 Tokyo Olympic Games due to the coronavirus, while the country's top soccer competition also fell victim to the outbreak.

The Australian Olympic Committee said on Monday that the coronavirus pandemic had made it untenable to assemble a team for the 2020 Games.

Twice Olympic champion swimmer Cate Campbell captured the mood of many of Australia's Tokyo hopefuls when she spoke of the virus "shattering" dreams and visions of the future.

"Yesterday it was Olympic athletes' turn to have their worlds turned upside down.

"To be honest, I'm left reeling and feeling a little lost. But the goal posts haven't disappeared - just shifted. It's time to recalibrate and fire up for the next challenge."

Keesja Gofers, part of the women's water polo team that had already qualified for Tokyo, said postponement would be "devastating" for all would-be Olympians around the world.

"I have ridden not just a rollercoaster but the entire theme park of emotions," she said on Instagram.

"I am relieved. Athletes around the world will now have the chance at a proper preparation and the Olympics can, on whatever date they are held, continue to be a coming together of the world's best at their best."

The International Olympic Committee (IOC) has said it will make a decision on the Tokyo Games within four weeks but IOC member Dick Pound told Reuters on Monday the global body had already resolved to postpone the Games.

Australia's former IOC vice president Kevan Gosper called on IOC chief Thomas Bach to make a decision immediately rather than dragging it out.

"It is impossible to hold a Games in July which would give all the athletes of the world the opportunity to come.

"It would also carry risks for the health of the athletes," Gosper told The Australian newspaper.

"The IOC president doesn’t need more time to make a decision. He needs to move now to end the uncertainty.

"The (athletes) have to be taken off the hook earlier rather than later."

More than 337,000 people have been infected by the coronavirus worldwide and over 14,600 have died.

Australia went into a national lockdown on Monday, with non-essential businesses and services cancelled as part of containment efforts.

After weeks of holding out against tightening travel curbs, Australia's A-League soccer competition was suspended indefinitely on Tuesday due to logistics problems.

The A-League was the last of Australia's major sports competitions to fall, with the Australian Football League, the National Rugby League and Super Rugby all frozen in recent days.

Australia men's soccer coach Graham Arnold urged Olympic organisers to raise the age limit for the Games' under-23 soccer tournament to allow players to remain eligible in case Tokyo is delayed for a year.

"It's probably the only sport at the Olympics which has an age limit," Arnold said.

The International Olympic Committee has decided to postpone the Tokyo 2020 Summer Games because of the coronavirus pandemic, IOC member Dick Pound ...
Sport
2 years ago