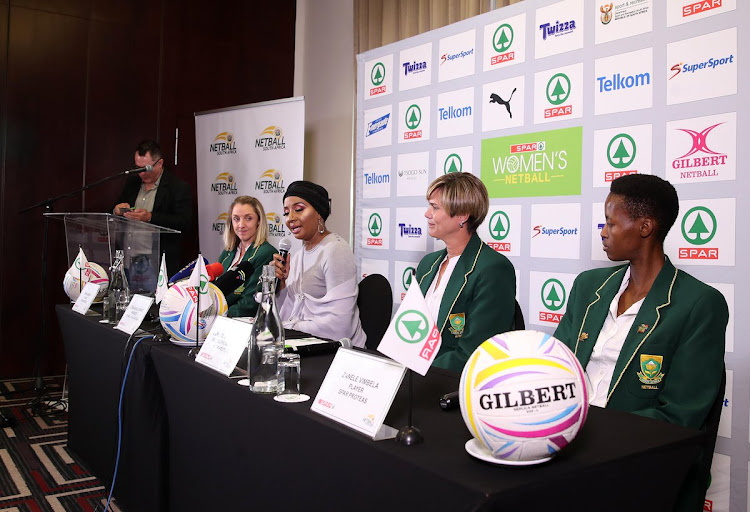 Netball South Africa (NSA) has confirmed that the 2020 Quad Series between Australia‚ New Zealand, England and SA has been cancelled due to the impact of Covid-19 on international travel.

NSA said following extensive discussions and scenario planning between all participating nations‚ the decision was made to cancel the Series which was set to be played in Australia in September.

“The Spar Proteas were scheduled to play at the 2020 Quad Series between 23rd -27th September Down Under in Australia.

"The tournament hosts‚ Australia had confirmed that South Africa‚ New Zealand and England would participate.

Cricket South Africa (CSA) chief executive Dr Jacques Faul has said that no player will be forced to return to training when non-contact professional ...
Sport
1 year ago

“Unfortunately due to the global lockdown caused by the novel coronavirus pandemic‚ the tournament has been called off and new dates will be announced as soon as all they are available and agreed on.

"The tournament will be played when it is safe to do so.

"All the affected countries and federations are in constant communication to ensure that the tournament will be played only when it is safe to do so‚” said NSA.

Netball Australia executive general manager of performance Stacey West‚ who was speaking on behalf of the participating nations‚ said they are disappointed to not be playing the Quad Series.

“With great disappointment and after much deliberation and possible scenario planning‚ all four participating nations agreed that cancelling the 2020 Quad Series scheduled for September was the most viable option‚” she said.

Australia‚ New Zealand‚ South Africa and England are committed to meeting regularly as the Covid-19 situation progresses to determine when and how the four nations will be able to schedule the next Quad Series.

The Premier League's planned restart on June 17 received a further boost on Saturday when the latest batch of novel coronavirus tests produced no ...
Sport
1 year ago

West went on to say that though the Quad Series has been cancelled‚ there is a possibility of Australia and New Zealand renewing their rivalry in the Constellation Cup later this year.

“It’s a significant blow to our Diamonds program‚ we won’t have an opportunity to play against the England Roses and the Proteas this year.

"However‚ we’re hopeful that our team will make it onto the court for the Constellation Cup with the New Zealand Silver Ferns later this year depending on how the Covid-19 situation evolves in the coming months.”

Officials at Netball Australia and Netball New Zealand have committed to the annual four-match Test series towards the end of 2020‚ following the completion of the two nations’ domestic leagues and pending travel allowances across the Tasman.

It’s official: from June 1, you can exercise from 6am to 6pm.
Politics
1 year ago

Minister of sport, arts and culture Nathi Mthethwa has laid down the directions that need to be in place for non-contact sports to resume events ...
Sport
1 year ago