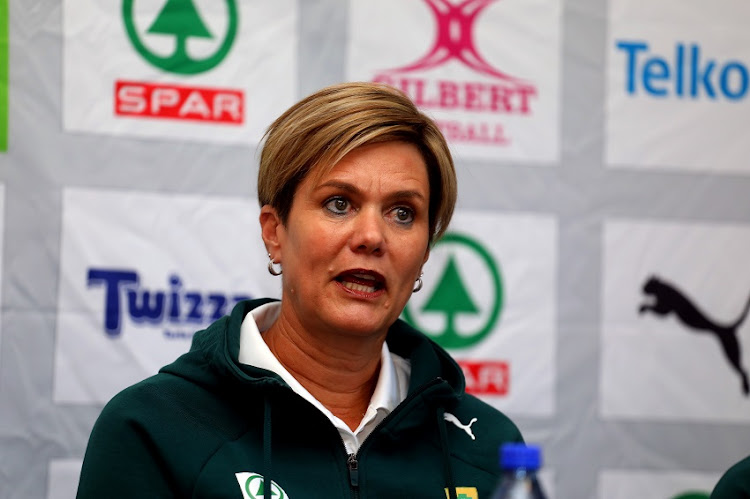 The INF are having a webinar meeting with coaches and other key stakeholders on Saturday and Badenhorst said there are a lot of questions to be asked because South Africa have been in the No.1 position for about four years.

“The world rankings to me are a big problem and I spoke to former coach Norma Plummer about them a while ago‚” said Badenhorst.

“They have a webinar this weekend where we can ask questions and I am going to ask about the rankings and how they work it out. I have a big problem that you can’t get any information on the formula they use.

“I do understand that we will stay at No.5 but the difference between us and No.4 [England] is about 20 to 24 points. For the past four years‚ it didn’t change and for me that’s a big problem.”

Badenhorst said the reason for her dissatisfaction about the rankings system is because the performances of the Netball Proteas have improved tremendously recently despite the fact that there is no professional league in the country.

“Definitely there has been a change in our performances over the past four years and teams ahead of us on the rankings‚ with the exception of Jamaica‚ do have professional leagues in place in their countries‚” she said.

“It is very difficult to get closer to those countries in the top four if we can’t beat them. Rankings are definitely a problem at this stage in the sense that you can’t get any information about the previous stats.

“I will ask the question on Saturday on why we can’t know the formula of how they work those points. I know you need to win enough games and play against teams that are ranked higher than you to improve your rankings but there are a lot of questions to be asked during this webinar on Saturday.”

South Africa's national netball team coach Dorette Badenhorst is concerned that the side's preparations for the World Cup in 2023 in Cape Town are ...
Sport
2 years ago

Springbok women’s sevens vice-captain Zinhle Ndawonde has demonstrated how hard work and a strong support base helped her achieve her dream after a ...
Sport
2 years ago