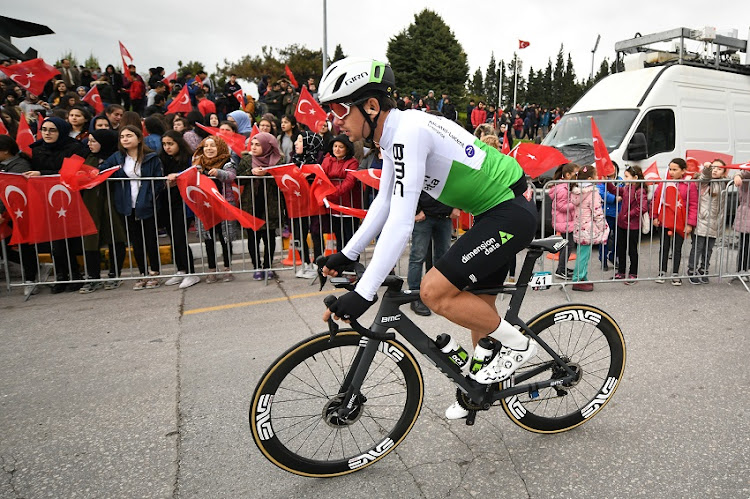 Gibbons and teammate Max Walscheid will line up for the first time‚ while it will be NTT Pro Cycling’s sixth appearance in the globe’s premier cycling event.

“I’m absolutely overwhelmed and thrilled to be selected for the Tour de France‚” Gibbons beamed.

“It’s the pinnacle of the sport‚ and for any pro rider it’s a dream of theirs to get that notch on their belt. For it to become a reality is truly special.

“I have taken part in the Giro and the Vuelta multiple times but the Tour will be very‚ very special especially being in the colours as the national champion. I hope to do the jersey proud‚ and play my part in what will hopefully be a very successful race for NTT Pro Cycling.”

As SA champ the 26-year-old will compete in national colours in the Tour that starts in Nice on 29 August. The race was scheduled to start on June 27 but was postponed due to the coronavirus outbreak.

The only previous occasion the race started in Nice was in 1981 and it will be only the seventh time the Tour gets going from the south of the country.

Gibbons has had an impressive year which included six-top 10 finishes as well as the national title he won in Mpumalanga in February. His power is seen as a huge asset in a team that has won an impressive seven stages in their previous five Tours.

“As always‚ as a team we focus on our own strengths and during the Tour de France we select our riders based on what we feel suits us in terms of the success that we can derive from it‚” said team principal Douglas Ryder.

With nine flat stages on the 3 470km 21-day Tour‚ Ryder is sanguine about the team’s prospects of adding to their stage win count.

“Of course winning on stage one with a rider like Giacomo Nizzolo would give us the yellow jersey‚ so in support of him we have Max Walscheid‚ Ryan Gibbons‚ Michael Valgren and Edvald Boasson Hagen. Those are the riders that will go after the punchy stages and tough finishes particularly into Privas on stage five and there’s also a tough stage to La Vois that could be on stage 7.”

He believes Roman Kreuziger‚ Michael Gogl and Domenico Pozzovivo will come into their own in the mountain stages but added: “it is going to be a very tough Tour.”