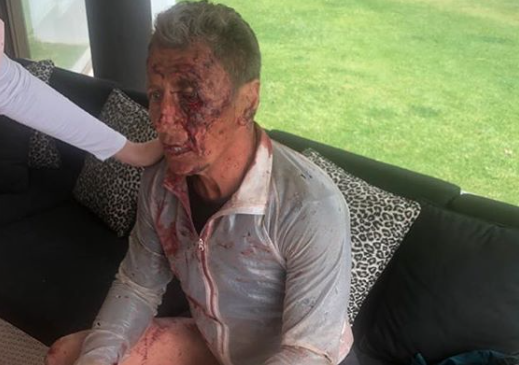 Comrades icon and well-known running coach Nick Bester is being treated in ICU after being attacked while out on a training run in the Magaliesberg on Sunday morning, his son Shaun-Nick confirmed.

In an Instagram post showing a bloodied Bester in shorts and a shirt, Shaun-Nick said his father was beaten with rocks.

He said his father had three broken ribs and a broken cheekbone, and his body had experienced trauma from the attack.

HERE IS THE LATEST ON THIS STORY:

Former Comrades Marathon winner and running coach Nick Bester, who was severely injured during an attack at the weekend, has been discharged from ICU ...
Sport
1 year ago

Former Comrades winner Nick Bester, who was severely injured in an attack, has been moved from ICU to high care.
News
1 year ago

"They took off his clothes and tied him up and left him in the mountain. He managed to escape down the mountain by sliding on his back until he was right against someone’s fence."

Bester was admitted to hospital for medical treatment and scans, said his son.

It looks like everyone already knows after the Rekord phoned me a few minutes ago.... So i can just as well post this. My father was busy training this morning in the magalies mountain close to his house and got attacked from behind and hit with a rock over the head. They continued to hit him breaking 3 ribs, his cheek bone and he has a lot of trauma to the head and cut all over his body. They took of his clothes and tied him up and left him in the mountain. He managed to escape down the mountain by sliding on his back until he was right against someone’s fence. He is in ICU at the moment and they are doing more scans etc.

Messages of support have been pouring in for the running icon.

Adriaan Cronje, administrator at the Nedbank Running Club, told The Citizen that Bester was undergoing surgery.

He won the up run of the Comrades Marathon in 1991 and came second twice on the down run. His love of endurance sports is well-known in SA. He was an Ironman champion, Dusi Canoe gold medallist and mountain bike champion.

He is currently the team manager of the Nedbank Running Club.

A 30-year-old trail runner and dog grooming business owner was shot and killed during a suspected robbery at his home in Noordhoek, Cape Town, at the ...
News
2 years ago

Respected rock climber David Wade was shot dead when he tried to help security guards during a robbery at an adventure farm in Waterval Boven, ...
News
2 years ago