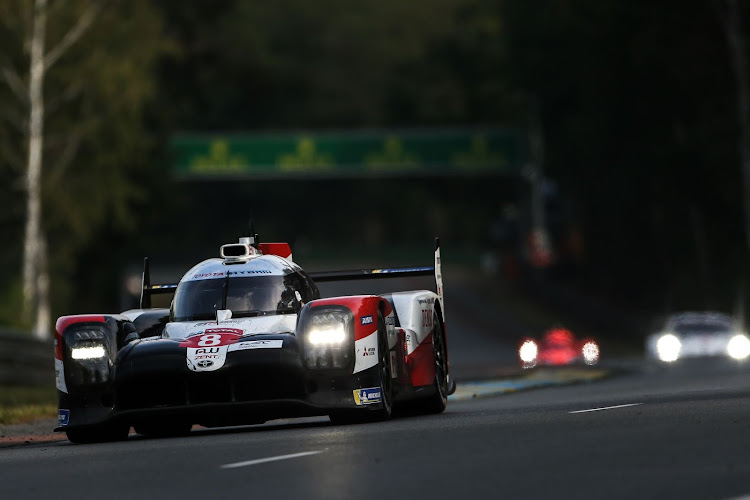 Toyota celebrated a third successive victory in the Le Mans 24 Hours endurance race on Sunday with Kazuki Nakajima taking the chequered flag in the number eight car to complete a personal hat-trick.

It was also a third triumph in a row at the famed Sarthe circuit for the Japanese driver's Swiss team mate Sebastien Buemi in the last Le Mans before the start of a new Hypercar era in 2021.

New Zealander Brendon Hartley, who replaced double Formula One world champion Fernando Alonso in the eight car lineup after the Spaniard's wins in 2018 and 2019, previously won with Porsche in 2017.

The race, first held in 1923 and now in its 88th edition, was held for the first time without spectators due to the Covid-19 pandemic.

Last year's event attracted 250,000, many of them British motor racing fans making the trek to the circuit in northwest France.

"We miss the fans. It doesn't feel quite the same as it normally does," said Hartley, before clambering onto the roof of the winning car with Buemi when Nakajima brought it back to the pitlane.

"To win it with two different manufacturers feels amazing. I feel at home here, I love it."

That meant heartache for Japan's Kamui Kobayashi, Britain's Mike Conway and Argentine Jose Maria Lopez, runners-up to the sister car in the last two years, after starting from pole position.

Toyota, the only major manufacturer in the top LMP1 category and again crowned World Endurance Champions, had led one-two as night fell over the circuit on Saturday but the order was soon to change.

The number seven car lost half an hour in the garage with a turbo problem that could have proved terminal just after the halfway mark.

That dropped the number seven to fourth overall but they managed to overhaul the number three Rebellion to secure a podium finish in a race that stayed dry throughout.

The World Endurance Championship (WEC), which includes the 24 Hours of Le Mans, published a slimmed-down provisional 2021 calendar of six races on ...
Motoring
1 year ago