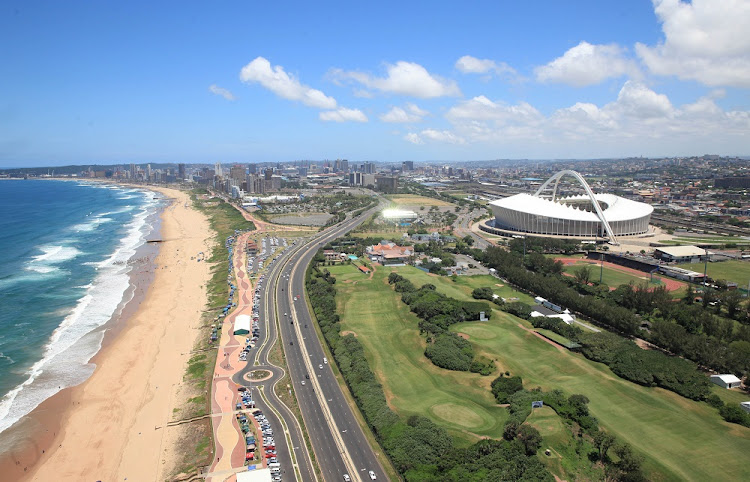 Durban will be the first African city since Cairo in 1939 to host the world table tennis championships.
Image: JACKIE CLAUSEN

Durban has trounced the German city of Düsseldorf to secure the hosting rights for the world table tennis championships in 2023.

Nomusa Dube-Ncube, MEC for economic development, tourism and environmental affairs in KwaZulu-Natal, announced on Monday night that the International Table Tennis Federation (ITTF) selected Durban “after comfortably seeing off a rival bid from Düsseldorf” at its virtual annual general meeting on Monday.

“We acknowledge with humility ITTF’s announcement that Durban will become the first SA city to host the event after it enjoyed a commanding 90 votes to 39 victory over its German opponent.”

Dube-Ncube said the 2023 championship would also be the first to take place in Africa since Cairo played host in 1939.

“I want to convey our sincere gratitude to the SA Table Tennis Board (SATTB) president, Joe Carrim, and the entire leadership for working with the KZN government, eThekwini municipality and other key role players during the bidding process.

“I know that in the beginning it was extremely difficult but through your determination you have managed to pull this off.”

She attributed Durban's success to SA and the province's past proven record as “competent hosts of national, continental and international events ...”

Carrim said: “Winning this bid to host the finals of the ITTF took a great deal of effort and commitment from all parties and is just a reward for a truly combined effort.

“The hard work to ensure the total success of the championship starts immediately. I wish to thank the members of the ITTF for their trust and belief in our ability to host this global event. We thank them for their patience during the site inspection which was followed by video presentation on September 21 because of restrictions imposed by the lockdown.”

Despite the cold, wet weather from Sunday, the sun shone on the tourism industry in KwaZulu-Natal as thousands of "travel-starved" domestic tourists ...
News
1 year ago