Sascoc elective AGM faces yet another delay after parliamentary fiasco 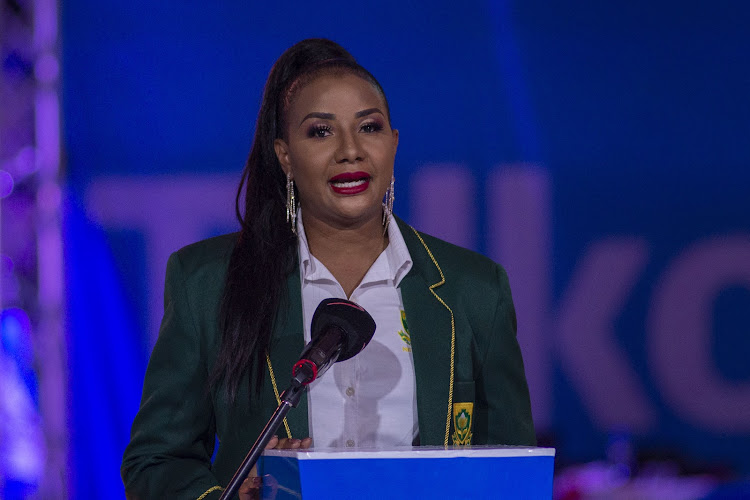 Sascoc board member and president of the Netball South Africa inisisted to the members of parliament that the process to reinstate acting president Barry Hendricks was unconstitutional.
Image: Frikkie Kapp/Gallo Images

The overdue Sascoc elective annual general meeting (AGM) set for next week faces uncertainty‚ and yet another postponement‚ after the organisation’s divided board briefed members of the parliamentary portfolio committee on sports‚ arts and culture on Tuesday.

The South African Sports Confederation Olympics Committee (Sascoc) were in parliament for a follow-up briefing to the members on preparations for the AGM and the arbitration process of acting president Barry Hendricks.

But the factions and divisions within Sascoc took centre stage in full glare with the “Sascoc Five” squaring up against Hendricks‚ insisting that he be subjected to disciplinary proceedings through arbitration.

Sascoc were also meant to provide the committee with a board resolution on the resignations of the entire Cricket South Africa (CSA) board but the meeting did not even get to that point as infighting and counter-arguments of the reinstatement of Hendricks dominated proceedings.

The Sascoc Five are adamant that a process to reinstate Hendricks was flawed.

This came as a Sascoc general assembly‚ the organisation’s highest decision-making body‚ had voted at a special general meeting (SGM) in September to stop disciplinary proceedings against Hendricks and resolved to reinstate him as acting president after he had been on suspension for more than five months.

Hendricks was placed on mandatory leave by the board in April after he was alleged to have acted improperly during the nomination process for the Sascoc presidency.

The Sascoc Five – Aleck Skhosana‚ Kobus Marais‚ Cecilia Molokwane‚ Jerry Segwaba and Kaya Majeke – argued during the briefing on Tuesday that the process to reinstate Hendricks was unconstitutional while the acting president himself insisted due process was followed during his reinstatement.

The Five argued that the restoration of Hendricks was invalid and unlawful as it was not in line with the Sascoc constitution.

The Tuesday briefing started with Ramsamy addressing members of the committee and refusing from the onset to take questions from the Sascoc Five.

“I won’t take any questions from the Sascoc members. I am only here to brief the members of the committee‚” said Ramsamy.

The Sascoc Five have accused 82-year-old Ramsamy of knowingly or deliberately flouting the Sascoc constitution during the process that resulted in Hendricks’s restoration but the veteran sports administrator insisted that everything was done above board during the process to reinstate Hendricks.

“I have already engaged the Sascoc board‚” he said.

But Molokwane‚ Sascoc board member belonging to the Sascoc Five‚ countered that Hendricks’s reinstatement did not follow due process and hit back at claims from Ramsamy that he engaged the board.

“At the beginning of the meeting [that resulted in the reinstatement of Hendricks] I said that the meeting was unconstitutional‚” said Molokwane.

“I will urge the members of the committee to please get a recording of the six-hour meeting. In that recording you will hear me saying that the meeting was unconstitutional.

“You [Ramsamy] never engaged us [the Sascoc board]. The only time you engaged us was once when you came to introduce yourself.”

Marais‚ also a board member‚ echoed the sentiments from Molokwane.

“I support Cecilia‚” said Marais. “We have followed the Sascoc constitution to the tee.”

The infighting and divisions led members of the committee to believe that the environment was too polarised for the AGM to go ahead.

Committee member Albert Seabi‚ from the African National Congress‚ also said the Sascoc elections will “not be free and fair”.

“They must be postponed but we leave it to the Sports Minister Nathi Mthethwa to take the lead‚” said Seabi.

DA sports shadow minister Tsepo Mhlongo said that the current environment at Sascoc is polarising and said the November 7 election will therefore not be free and fair.

He said Ramsamy was a polarising figure at the organisation and arrogant in his interaction with the committee members.

“Everything Ramsamy controls will most probably not be free and fair‚” Mhlongo said.

“Obviously according to him‚ everything he does is free and fair. He clearly believes he’s an angel and a ‘God's gift to mankind’.

“In the best interest of athletes and sport in SA‚ the elections must be postponed until you guys are comfortable.”

Mhlongo said the IOC and IPC already gave approval to all nations that elections could be postponed due to the effects of the Covid-19 pandemic.

But postponing the elections could put Sascoc on a collision course with both the IOC and the IPC‚ who ordered for the fast tracking of processes to allow for the AGM to take place on November 7.

Sascoc acting president Hendricks said the process to reinstate him was done according to the book.

The majority portfolio committee also demanded that the Sascoc delegation present and discuss two reports – the recommendations from the Zulman Commission and report of an internal investigation report – arguing it will help them gauge the depths in which the organisation has plunged in.

The Sascoc board did not have the documents with them and were sent back and asked to return next week Tuesday.

Hendricks told the committee members that the documents that they want will be submitted in due course.

The Sascoc Five declared a dispute with the high decision-making general assembly resolution and made fresh calls to take the Hendricks matter to an expedited arbitration.

The IOC and IPC stepped in‚ instructing them to accept the resolutions or face “further measures” and it remains to be seen what measures the two international bodies will take against the Sascoc Five.

Now that Cricket South Africa’s (CSA) board was pushed to resign‚ the South African Sports Confederation and Olympic Committee (Sascoc) will enter ...
Sport
1 year ago

The SA Sports Confederation and Olympic Committee posted an accumulated deficit of R6.2m for the year ending March 31 2020‚ even after pocketing a ...
Sport
1 year ago

Fighting to come in from Sascoc cold

One nomination caught the eye when the final list of candidates for the SA Sports Confederation and Olympic Committee (Sascoc) elections was released ...
Sport
1 year ago

With only a day left for Cricket South Africa (CSA) to respond to sports minister Nathi Mthethwa and give him written representations as to why he ...
Sport
1 year ago