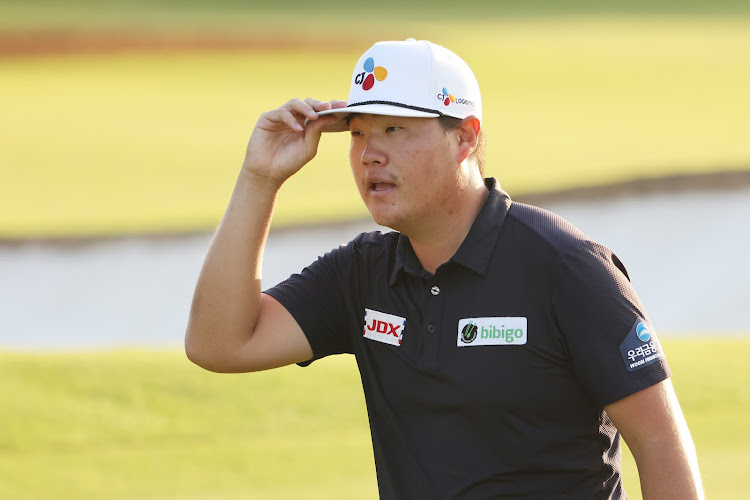 South Korea's Im Sung-jae fell short of winning his first major as Dustin Johnson romped to victory at the Masters on Sunday, but the 22-year-old did enough to show why there is so much excitement surrounding the rising talent.

A share of second place with Australian Cameron Smith, five shots behind Johnson, was the best showing by an Asian golfer at Augusta National, improving on KJ Choi's third place in 2004.

Described as "way beyond his years" by Justin Thomas earlier this year, the 2019 PGA Tour Rookie of the Year had targeted merely making the cut as his goal for his Masters debut.

Rounds of 66, 70, 68 and 69 ensured he did much better than that and on Sunday Im became the third-youngest player to notch a top-five finish at the Masters after former champions Tiger Woods and Jordan Spieth.

"Finishing tied for second is unbelievable ... this is definitely going to be a memorable Masters for me," Im said, before analysing the areas where he felt his game let him down as he chased Johnson on the final day.

"My iron accuracy definitely wasn't up to par but I was able to put it in places where I was able to have a good angle of getting close to the hole, so my scrambling was pretty good."

Im was also happy with his putting, but said he had been awestruck watching Johnson as the American world number one raced to his first Masters title with a tournament record score of 20-under-par.

"Just watching him play, he makes the game look so easy," Im said.

"I didn't want to think that I was competing with him today. I just wanted to focus on my game and try to finish as strong as I can."

Im won his maiden PGA title at the Honda Classic in March and his finish on Sunday ensured he will not have to wait long for his second crack at the Masters when the tournament returns to its regular slot next April.

South Korea's Im Sung-jae fell short of winning his first major as Dustin Johnson romped to victory at the Masters on Sunday, but the 22-year-old did ...
Sport
1 year ago

Fiji's Vijay Singh has withdrawn from the ongoing Masters at Augusta National due to illness, organisers said on Saturday.
Sport
1 year ago

Mexico's Abraham Ancer and South Korea's Im Sung-jae can make history for their respective countries at the Masters on Sunday, while Australia's ...
Sport
1 year ago

World number two Jon Rahm said he needed to "shoot a miracle score" to win the Masters on Sunday after an even-par 72 in the third round at Augusta ...
Sport
1 year ago

Dustin Johnson had one arm in the Green Jacket after charging to a four-shot lead with a near-perfect seven-under-par 65 in the third round at the ...
Sport
1 year ago