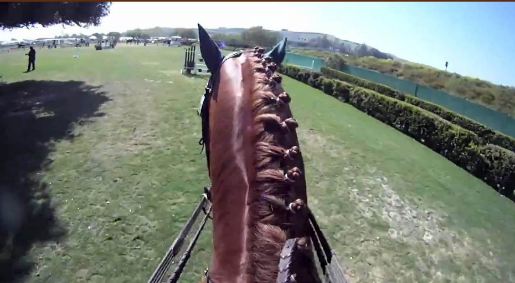 In what is believed to be a first‚ the SA Human Rights Commission (SAHRC) has entered the realm of sports disputes‚ delivering a scathing assessment of the SA Equestrian Federation (SAEF).

It said a preliminary probe showed the body’s actions against three female members were flawed and “procedurally unfair”‚ that some charges against two of them were “capricious” and that SAEF officials were allegedly conflicted.

Dr Lize Smit‚ a vet‚ and Michelle Behrens and Naomi Müller‚ the suspended president and vice-president of the Western Cape Endurance Riding Association (WCERA)‚ had approached the SAHRC in September claiming the SAEF had violated their rights to just administrative action.

The SAHRC found what it called a prima facie violation of the complainants’ rights and last week sent a 26-page document to the Department of Sport‚ Arts and Culture (DSAC) asking them to investigate the allegations further.

The SAEF‚ responding to emailed questions from TimesLIVE‚ said the SAHRC had given “a one-sided portrayal of the disputes” and pointed out it had not been asked for input and that it still needed to consider the document.

With SA sport fraught with disputes across many codes‚ some believe more disgruntled parties could take the SAHRC route in future.

The SA Sports Confederation and Olympic Committee (Sascoc) also came in for criticism for failing to mediate after being approached by the trio who were locked in two separate disputes with the SAEF.

One of the alleged conflicts of interest listed by the SAHRC was SAEF president Willem Edeling’s role as chair of Sascoc’s judicial body.

The SAEF dismissed this‚ saying Edeling would recuse himself if an equestrian matter‚ with potential conflict of interest‚ appeared before the body.

Dr Smit complained the SAEF had failed to give her a hearing before requesting the international governing body‚ FEI‚ to remove her from its list of accredited vets.

Her alleged crime was advocating certain protocols for a competitive trail riding event that differed from the SAEF’s‚ even though the competition fell under a discipline not affiliated to the SAEF.

Smit later asked Sascoc to intervene‚ but the SAEF wanted its judicial committee to handle her appeal‚ a situation Smit felt unworkable given that the federation had already not given her a hearing let alone a fair one.

The Behrens and Müller saga started with them‚ on behalf of WCERA‚ lodging a grievance with the SAEF against the national endurance riding body‚ Erasa‚ and ended up with them being suspended and then hit with allegedly vague charges.

When they were finally summoned to a hearing‚ it was allegedly at three days’ notice‚ well inside the minimum 15-day period prescribed by the SAEF’s disciplinary code.

The SAHRC also pointed out that the man appointed to chair their disciplinary‚ Richard du Toit‚ was a member of the same consultancy‚ Inmiso‚ as the SAEF’s judicial committee chair‚ Johann Raubenheimer.

This was another of the alleged conflicts of interest‚ but again the SAEF dismissed this.

“Inmiso is an association of independent professionals‚ most of whom run their own businesses or practices … and refer opportunities to each other‚” the federation said in its response‚ which was not attributed to any office-bearer.

“From time to time‚ one or more may work on a project together. Neither … Du Toit nor … Raubenheimer are employed by Inmiso‚ neither are they partners in the same legal practice.”

The SAHRC wrote in its letter to DSAC there had been “no procedural fairness” in both matters.

“In respect of Behrens and Müller’s complaints‚ the grounds on which they were charged do not exist in the WCERA or SAEF constitution.”

The SAHRC also said the SAEF had accused Behrens and Müller of lacking transparency when WCERA lodged its complaint against Erasa.

“It is clear from the correspondence that the members of WCERA were fully aware. These charges appear to be capricious.”

The SAHRC said the charges against Behrens and Müller‚ laid two months after they were suspended‚ were not concise “as required by SAEF’s [disciplinary protocols and procedures]”.

“In addition to administrative action taken by SAEF‚ it appears that Sascoc may have fettered its discretion‚ by not treating the complaints from Smit and Behrens as part of a dispute against SAEF to be mediated by Sascoc … and possibly bringing resolution to these matters sooner.”

The SAHRC said DSAC was best placed to address the complaints “most expeditiously”.

“The [SAHRC] has therefore decided‚ in accordance with its complaints handling procedure‚ to directly refer these complaints to the DSAC with continuous monitoring by the [SAHRC]‚” SAHRC Gauteng provincial manager Buang Jones wrote.

DSAC officials did not respond to requests for comment.

England all-rounder Chris Jordan believes there is still much to be gained by teams taking a knee to highlight the Black Lives Matter movement, but ...
Sport
1 year ago

Long road back for amateur boxing

The interim executive in charge of local amateur boxing is facing an administrative nightmare as it tries to complete run-of-the-mill tasks like ...
Sport
1 year ago

SA Equestrian Federation (SAEF) secretary-general Wessel Strauss‚ who was suspended more than a month ago‚ has been found guilty of some charges at a ...
Sport
1 year ago

November 1 2016 is a date Orlando Pirates diehards would like to forget. Not just for a moment, but forever.
Sport
1 year ago

The Cheetahs cleaned up their act in the second half to win this messy Super Rugby Unlocked clash against their westerly, and at times wayward, ...
Sport
1 year ago