Djokovic down to business, Thiem bungles Italian job ahead of Australian Open 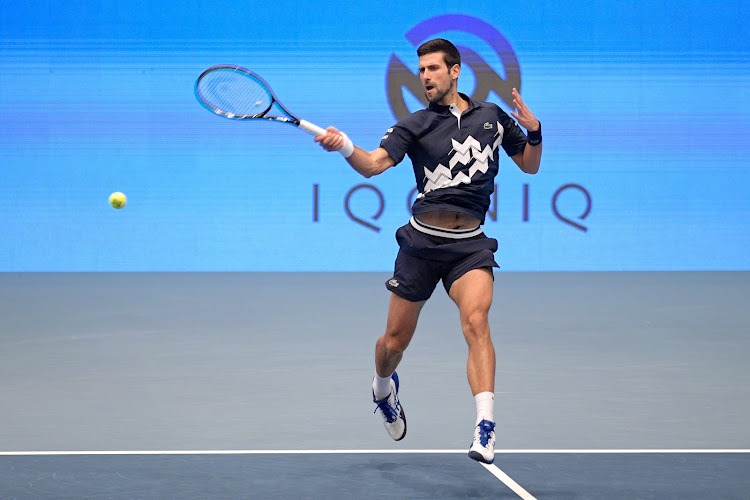 Novak Djokovic kicked off his season in style with a 7-5 7-5 win over Canadian talent Denis Shapovalov on his favourite Rod Laver Arena court on Tuesday before returning to lead Serbia to a doubles victory that sealed their ATP Cup opener 2-1.

Leading Serbia's title defence in the team-based event, Djokovic was thrilled with his form in the Group A clash, a rematch of last year's quarter-final against Shapovalov.

"It's a great opening of the season. I hope all of you who came here enjoyed it because I certainly did," the world number one told a small crowd at the stadium, soaking up boisterous cheers from Serbian fans.

Last year the Canadian had pushed Djokovic to a third-set tiebreak but the Serb wrapped things up more quickly on Tuesday, breaking Shapovalov as he served to stay in the match.

Himself unbroken on serve, Djokovic sealed the match with a sparkling winner, scrambling to his right to whip a curling forehand passing shot down the line.

The win levelled the tie at 1-1 after Canada's Milos Raonic had eased past Dusan Lajovic 6-3 6-4.

Djokovic, who will bid for a record-extending ninth Australian Open title, returned to play in the decisive doubles with Filip Krajinovic and the pair clinched the tie with a 7-5 7-6(4) win over Raonic and Shapovalov.

Blasting groundstrokes metres past the baseline, the US Open champion was broken four times in a rusty display at John Cain Arena as Berrettini dominated the clash of hard-hitters.

Thiem rallied in the second set to break Berrettini for the first time but surrendered the match the way he played it, with a big swing at a backhand that thudded into the net.

Having pushed Djokovic to five sets in the Australian Open final last year, Thiem is among the top contenders looking to dethrone the Serb at the February 8 to 21 Grand Slam.

Berrettini was ecstatic to take down Thiem in the Group C tie and put Italy back on level terms with Austria at 1-1 after Dennis Novak romped past Fabio Fognini 6-3 6-2 in the morning.

"I'm really happy for my performance," Berrettini said on court.

"Playing for your country is something special."

There was more joy for Berrettini as he returned for doubles duty alongside Fognini to trounce Thiem and Novak 6-1 6-4 and claim victory for Italy.

France, the other Group C team, start their tournament against Italy on Wednesday.

The winning nations of the four groups advance to the semi-finals.

With all the top male players competing, the ATP Cup provides the perfect warm-up for next week’s Australian Open
Sport
1 year ago

World number two Rafa Nadal has pulled out of Spain's opening ATP Cup tie in Melbourne against Australia with a lower back problem, the 20-times ...
Sport
1 year ago

Serena Williams showed no signs of rust as she began her season with a comfortable 6-1 6-4 win over Daria Gavrilova in Melbourne on Monday to reach ...
Sport
1 year ago

Coco Gauff was rusty on serve and struggled to produce her best tennis but the American prodigy prevailed 6-3 6-7(6) 7-6(5) over Swiss Jil Teichmann ...
Sport
1 year ago